Jim Emson was commissioned into The Northamptonshire Regiment in 1958 and transferred to C Coy 2 PARA the following year.

A tour at Depot with Recruit Coy was followed by a posting as ADC to the General Officer Commanding Middle East Land Forces.

On promotion to Captain in 1965 he served with 1 PARA until transfer to The Life Guards in 1967.

Jim Emson was promoted to Brigadier in 1987, and in his final appointment served as  Assistant Commandant RMA Sandhurst prior to retirement from the Army in 1992. 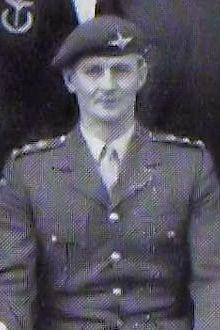