Harry Gardiner Ford was born in McAdam, New Brunswick, Canada. He enlisted into the General Service Corps. He was then posted to the Royal East Kent Regiment (The Buffs).

Private Ford volunteered for airborne forces and qualified as a military parachutist on Course 94/95 which ran at RAF Ringway from 6 to 20 December 1943. The course report shows: ‘Pte Ford: Very good standard reached.’ After initially being posted to the Airborne Forces Holding Unit, he was posted to 3 Platoon, the 21st Independent Company the Parachute Regiment (21st Independent Para Coy).

On 17 September 1944, Pte Ford jumped with the Company at Arnhem during Operation MARKET-GARDEN, 21st Independent Para Coy role was to mark the DZs and LSs for the first lift. Pte Ford was wounded and taken a Prisoner of War. Pte Ford was sent to Stalag XIIA at Limburg, Germany.

After liberation and returning to the UK, Pte Ford went with the 21st Independent Company when it accompanied the 1st Airborne Division Liberation of Norway between May to October 1945. The Company subsequently joined the 6th Airborne Division in Palestine after the war, where it was disbanded in September 1946.

After demob Harry became a carpenter, retiring in 1993. 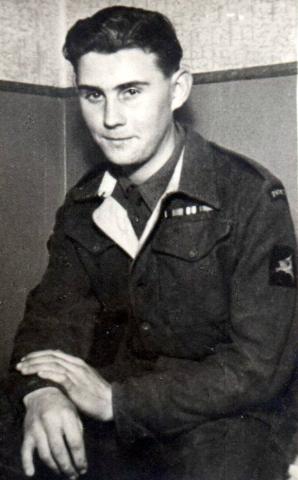