1965-66. Posted to 1 PARA as Pl Comd in D Coy just before the Battalion left Aldershot for a year's tour based in Bahrain. This tour included active service in the Radfan and later in Aden. On return to Aldershot D Coy became D (Ptl) Coy and began to train for jungle ops in Borneo. This was discontinued in Aug 66 when the confrontation with Indonesia ended.

1970. Accompanied Gen Butler to his next appointment as C-in-C STRATCO based at Wilton.

The profile photo was taken in June 1967, in Sheik Othman, Aden when Graham was Regimental Signals Officer 1 Para. 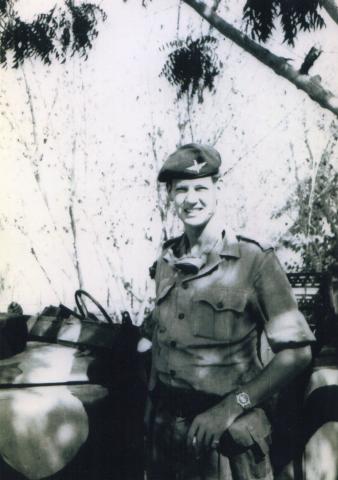