Private George Walton was the son of Mrs E Walton, of Mold, Flintshire, and the grandson of Eliza Walton, of Rookhope, Co Durham. He served with the Defence Platoon of HQ 1st Airborne Division.

It is not known when he joined airborne forces, but may have coincided with the reinforcement of many 1st Airborne Divisional units which returned from Arnhem in late 1944. Pte Walton was amongst the troops sent to Norway as part of Op Doomsday to keep order and disarm the German forces in the region. 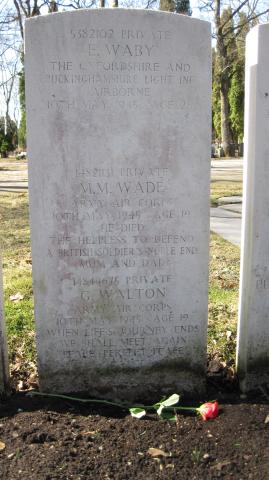