George Parry passed through Depot, The Parachute Regiment and Airborne Forces, in Platoon Intake 123 and qualified as a military parachutist at RAF Abingdon in 1957.

George was posted to Jordan, with C COY 2 PARA, before heading to Cyprus between 1958 to 1961, where he was joined by his wife Beryl, living in Limassol.

In 1959, George was posted to Kuwait for a period of 6 months, before returning to Cyprus.

Between 1961 and 1964, George served at the Airborne Forces Depot, Aldershot as an instructor, before heading to Borneo in 1964 to 1965 with 2 PARA.  It was here that George was wounded in action.

George left The Parachute Regiment in 1966 with an exemplary certificate of service. 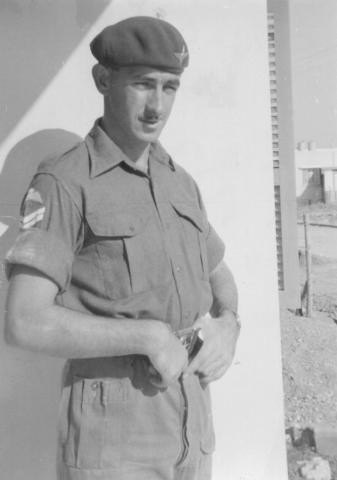