George Ledger was born on the 9 April 1923. He enlisted into the Royal Army Service Corps at Aldershot on the 30 June 1938. Private Ledger served six years of regular army service, during which he was a fitter, driver, vehicle mechanic and turner.

Pte Ledger transferred to the Army Air Corps 30 July 1944 and undertook parachute training in Italy. The course lasted from 7 August 1944 until 21 September 1944.

Whilst serving with the Army Air Corps, he saw action in North Africa, Italy, Greece and Palestine. After 1948 S/Sgt Ledger transferred back to the RASC before finally transferring to Royal and Electrical Mechanical Engineering Corps (REME) with which he saw action in Cyprus and Egypt. 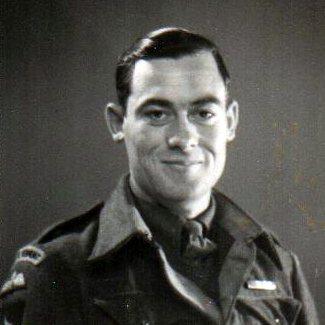