Frederick Tarbin joined the Middlesex Regiment on 2 February 1953, before serving with the Middle East Land Forces (MELF) in Egypt for a month in July.

He was then recalled to England before being transferred to the reserve in January 1956.

Later in 1956 he was recalled to The Parachute Regiment and MELF in Egypt and took part in Operation Musketeer.

Lance-Corporal Tarbin was discharged on 3 June 1957.

I was a recalled reservist, back in Support Company 2 Para. 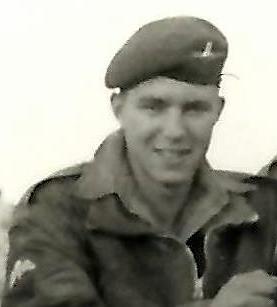