Francis Michael ‘Frank’ Hynes was an early volunteer for Airborne Forces and was posted to the 1st Air Landing Company, Reconnaissance Corps. He trained with the Company throughout 1942 and into 1943 and then took part in the move to North Africa in May 1943.

He had lied about his age to enlist in The Hampshire Regiment in late 1939, having been born in 1923, so was still only 17 years old. He saw service with the British Expeditionary Force in France and Flanders, being evacuated via Dunkirk.

He was with ‘B’ Troop on ‘Operation Slapstick’, the improvised landing at the port of Taranto in Southern Italy on the 9 September 1943.

‘Frank’ Hynes never returned to duty with the Squadron, transferring to the Royal Army Ordnance Corps on the 26 October 1944, and subsequently served with the 7th Armoured Brigade in India and Germany attaining the rank of Warrant Officer. He left the Army after the end of the war, but was so bored by civilian life that he re-enlisted and was commissioned, in the Royal Army Ordnance Corps, as a Second Lieutenant on the 13 May 1952, and reached the rank of Lieutenant Colonel before retiring on the 1 October 1970, and taking up a new post of District Supplies Officer with the National Health Service until retirement at 65 years of age.

Created with information and images kindly supplied by R Hilton 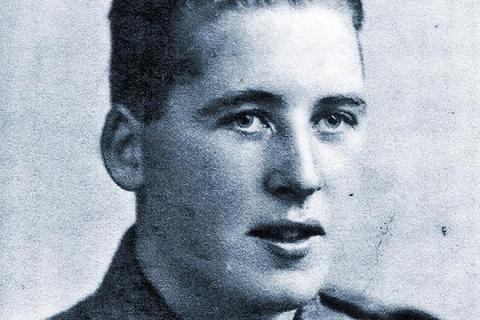