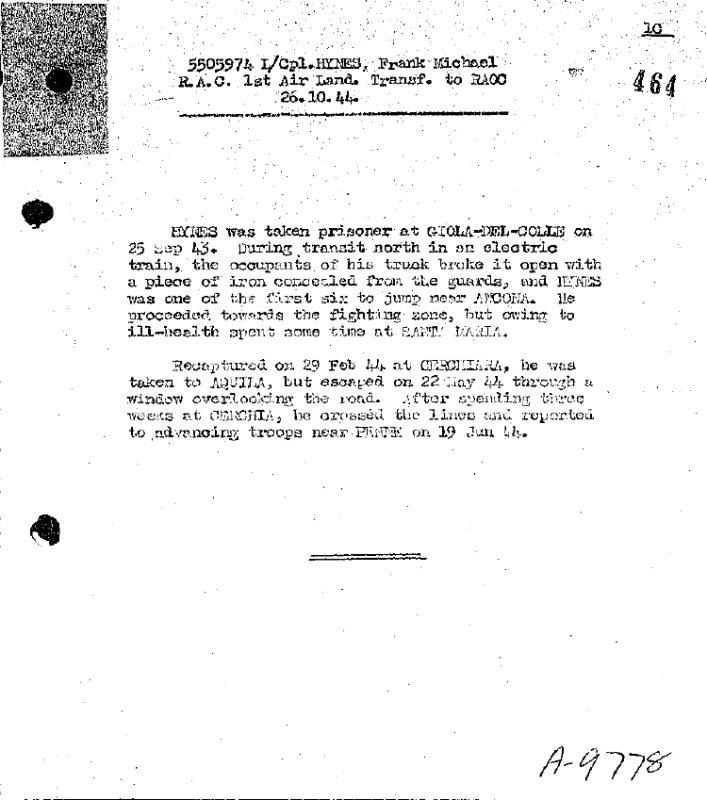 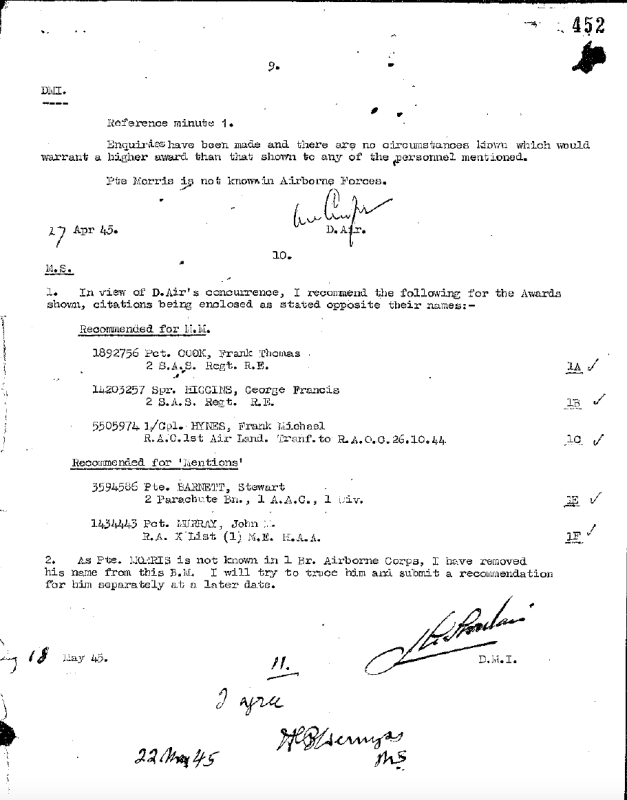 Enquiries have been made and there are no circumstances known which would warrant a higher award than that shown to any of the personnel mentioned.

Pte Morris is not known in Airborne Forces.

1). In view of D. Air’s concurrence, I recommend the following for the Awards shown, citations being enclosed as stated opposite their names:-

2). As Pte. MORRIS is not shown in 1 Br Airborne Corps, I have removed his name from this B.M. I will try to trace him and submit a recommendation for him separately at a later date.