Elijah Hope joined the Welch Regiment on 1 October 1941 and on 25 March 1943 volunteered to join The Parachute Regiment.

Private Hope attended parachute training course number 59 at RAF Ringway, between 5 and 16 April 1943. His course report stated that he made fair progress.

He was posted to 11 Platoon T Company The 1st Parachute Battalion, and saw service in Italy and North Africa, before returning to the UK.

On 17 September 1944 the Battalion jumped into Arnhem for Operation Market Garden. During the action that followed, Pte Hope was wounded in the shoulder and leg by shrapnel, and by 18 September was reported as missing. On 15 October he was reported as a Prisoner of War, and sent to Stalag 11B in Fallingbostel, Germany.

When the camp was liberated in 1945, Pte Hope returned to the UK and was demobbed on 9 January 1947.

By Rebecca Blackburn with information supplied by Brian Hope 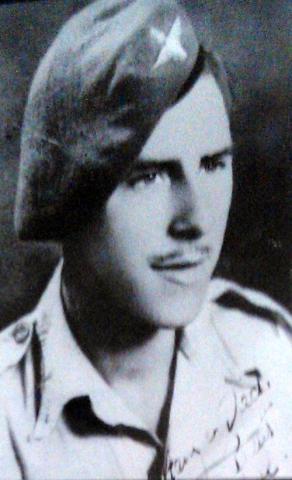