Duane Adams volunteered for the airborne forces when he was 18. He successfully passed his Parachute jump instruction at Brize Norton on Course number TA 15, in 1988. 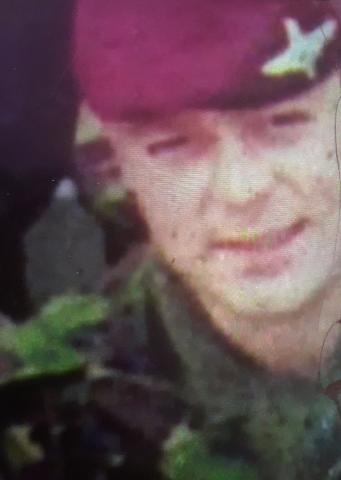