Lance Corporal Brian Bateman was born in Lichfield, Staffordshire in 1947. He began his military service in 1965 with 16th/5th Queen's Royal Lancers, based at Tidworth, Warminster and Fallingbostel. During five years to 1970 he took part in overseas tours to Libya and Southern France.

He transferred to Airborne service later in 1970, joining Parachute Squadron, RAC based at Tidworth. During three years with the Para Sqn he was deployed overseas for tours to Denmark, Malta, Sicily, Sardinia and Northern Ireland (Op Banner).

He recalls the deployment to the Med: "We had a jolly out to Malta with day and night drops into Sicily and Sardinia, followed by lots of volleyball on Golden Bay Beach in 72!". 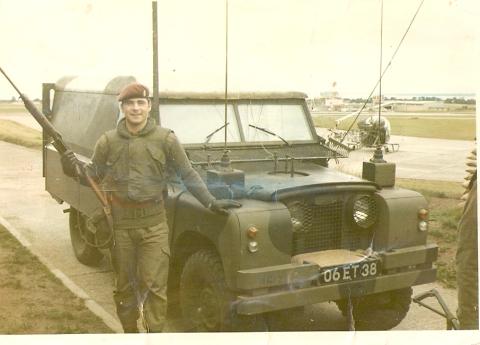