He qualified as a military parachutist on course 84 which ran at RAF Ringway from 20 September to 1 October 1943. The course cadre comprised of 154 personnel. A partial parachute failure on the second balloon jump resulted in one of the trainees suffering spinal injuries and other fractures. As a consequence of this accident there were 6 refusals. The course report states ‘Dvr Hanley [sic] ‘Good standard in performance, set good example with high ‘morale’ in aircraft.’

He served with 2 Troop, 591 (Antrim) Parachute Squadron, Royal Engineers and took part in the D-Day landings to Normandy, during Op Overlord. 2 Troop formed part of the force that was dropped on the heavy gun battery at Merville. Although few sappers reached the target due to inaccurate dropping.

Dvr Handley died during the early stages of the invasion between 6-7 June 1944, aged 24 years old.

Dvr Handley has no known grave and is commemorated on the Memorial near Bayeux War Cemetery, Normandy. 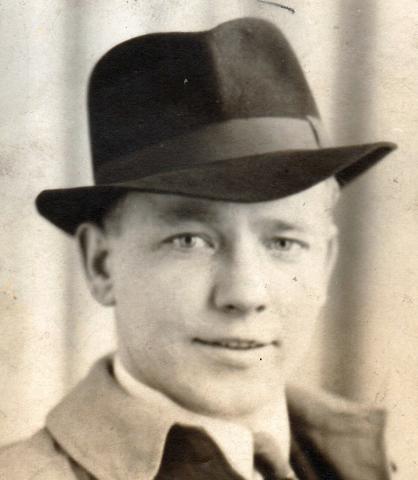