Arthur Edward Porter was born on 23 Jan 1926 in Lincoln. He enlisted into the Welch Regiment on 24 September 1944 and was posted to 15th Battalion.

On 24 March he emplaned for North West Europe, returning to the UK in May 1945.

In July 1945 Private Porter embarked for India, arriving in early August. In September he embarked for the South East Asia Command (SEAC) in Singapore. He was posted to Batavia for five months, returning briefly to Singapore in 1946.

In August 1946 Private Porter embarked for Palestine, and was posted to the 4th Parachute Battalion on 21 August 1946.

In January 1947 he embarked for the UK, where he transferred to the Royal Lincolnshire Regiment and posted to York. He spent two weeks in a military hospital in October 1947, before being posted to the Reserves in early 1948. 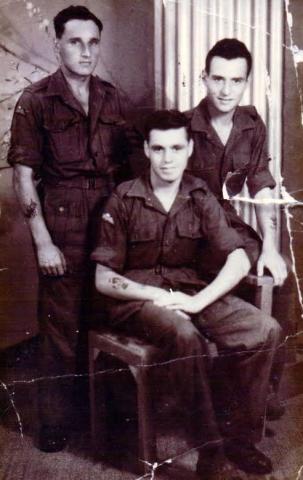