Andrew Joseph Hawksley Rutherfoord was granted a commission as a Second Lieutenant in The King's Own Yorkshire Light Infantry (KOYLI) in January 1936 and went to Gibraltar in April 1936 for 11 Months.

Working as an Air Intelligence Liaison Officer he was seconded to 16 Squadron RAF in September 1939 and embarked with British Expeditionary Force (BEF).

In October 1941 he volunteered for airborne forces and undertook parachute training course No 4 which ran from 17 to 23 December 1941 at RAF Ringway and was posted to the newly formed 2nd Parachute Battalion (2 Para Bn) and in January 1942.

Temporary Captain (T/Capt) Rutherfoord he was posted to H.Q 1st Parachute Brigade as a Parachute Training Officer in January 1942. Whilst there he and fellow officer Captain Roland Elliott met and married sisters form a local village. In October 1942 the brothers in law went on Operation Torch in North Africa. There T/Capt Rutherfoord was award The Silver Star by General Eisenhower for his gallant actions on 14 March 1943. His records show he was wounded at this time too.

Having returned to his parent regiment the KOYLI, Acting Major Rutherfoord was awarded the Military Cross in January 1945 for his actions in North West Europe, in command of A Company,1/4 Battalion KOYLI.

He again returned to the Parachute Regiment between January and December 1945, serving with the British Liberation Army.

From December 1945 until retirement in 1950, Major Rutherfoord served with the KOYLI, he served in India, Singapore (Far Eastern Land Forces) and Hong Kong. 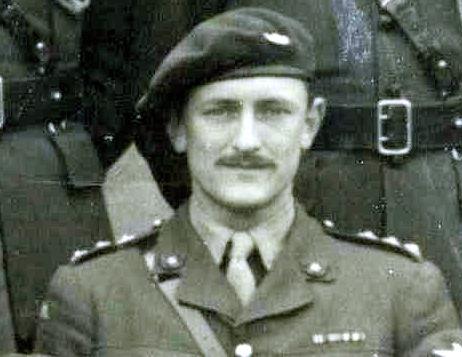