Pte Alexander Clark enlisted into the Army during World War II  and served in the 7th Battalion, the Cameron Highlanders which became the 5th (Scottish) Parachute Battalion, forming part of the 2nd Parachute Brigade in May 1942. After ground training at Hardwick, an intake from the Cameronians comprising of 19 Officers and 275 Other Ranks assembled at Ringway on Sunday 6 September 1942 for Course 26.

The men brought their own pipe and drums band to Ringway and this introduced a touch of pageantry to camp life. Warm sunny days with light winds provided exceptionally fine conditions although the ground was rather dry and hard. The weather was so favourable that the first balloon descents were made on the Tuesday afternoon. Only one case of concussion occurred during 650 balloon descents. However Sgt McRitchie, who had completed two balloon jumps without mishap, suffered fatal injuries on his second descent from an aircraft as a result of a parachuting accident on Thursday 10 September. Sgt McRitchie’s fatality subsequently led to another man on the course refusing to jump.

Pte Clark completed the course without mishap , subsequently serving with B Company  in Italy, Southern France and Greece. 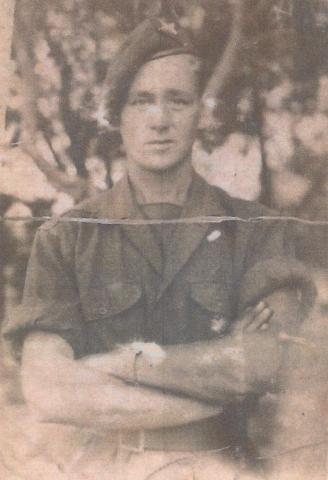