Gunner Alec Bicknell was the son of Maurice Frederick and Florence Amy Bickwell, of Liss, Hampshire.

He originally enlisted into the Royal Artillery and later volunteered for airborne forces.He was attached to the HQ of 6th Airborne Division, which was used as a spearhead for the Normandy landings in 1944.

The Divisional HQ and 4 Anti-Tank Battery parachuted into Normandy at around 03.30 hours on 6th June. 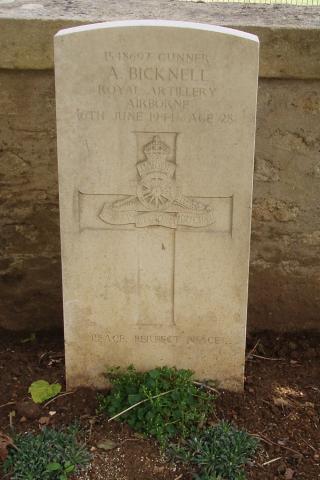