Private Alan Francis Campbell served as a driver with the Motor Transport Section of HQ Company (HQ Coy), 2nd Battalion The Parachute Regiment (2 PARA), and served in the Canal Zone, Egypt. He was described as a conscientious and well-liked member of HQ Coy.

Pte Campbell was killed during a night training jump during Exercise Sycamore I in January 1953. As he jumped, the kitbag rope wound around his parachute rigging lines, which meant his parachute failed to deploy properly. 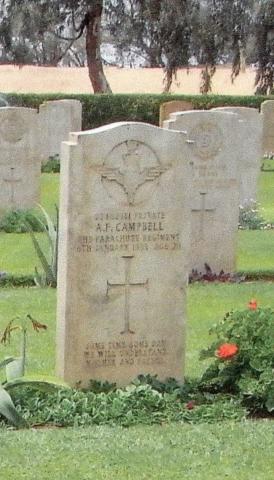