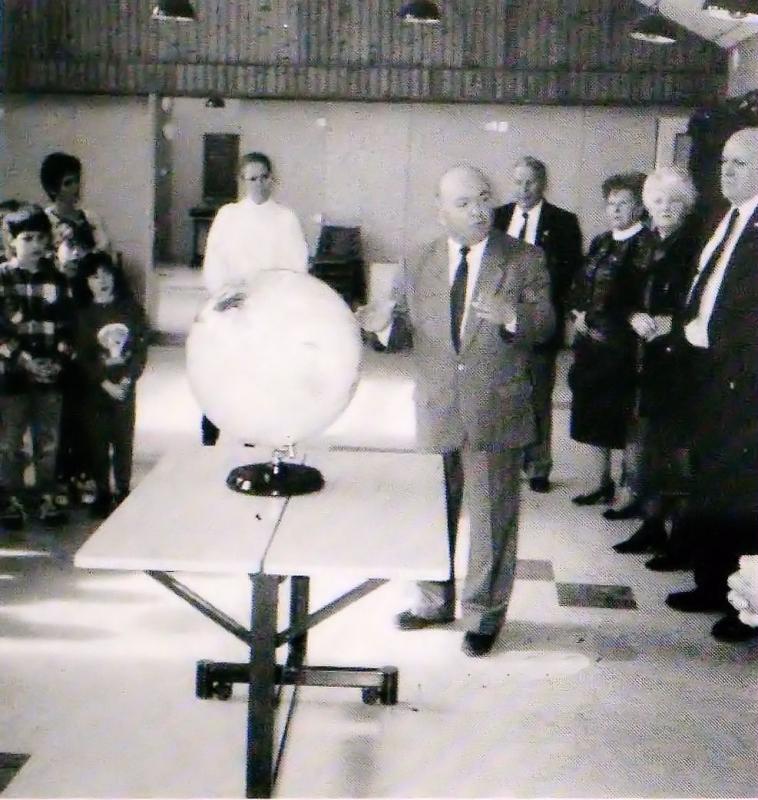 Monsieur Georges Bouily, Mayor of Ranville, attended the ceremony with the Deputy Mayor. The globe was presented to the Principal of the School at the time, Mme Lehoux.