Charles Edward Strafford served as education officer for 6th Airborne Division in Normandy, creating and editing a daily news sheet for divisional troops titled ‘Pegasus Goes To It!’ After the war he became the first editor of ‘Pegasus’ – the journal of The Parachute Regiment and British airborne forces – from its inception in 1946 until January 1949. He also became a key figure in the organisation of the Normandy pilgrimages.

In the preliminary stages of World War II, Charles was a Signal Sergeant on the staff of General Lord Gort's HQ with the British Expeditionary Force in France and was lucky to get evacuated through St Malo.

He was later granted an emergency commission in the Army Education Corps in March 1941 and was promoted to Temporary Captain within 3 months.

Charles joined 6th Airborne Division after serving with an armoured division and produced the ‘Pegasus’ news sheet on a captured German typewriter. The 'daily paper' did much to maintain morale, as it included news that Charles had picked up over the wireless, gossip and cartoons by Nutty. He was later awarded a Mention in Despatches for his actions in Normandy. ‘Pegasus’ was resurrected for the Ardennes operation and continued until the division reached Wismar in May 1945.

He was demobilised with the honorary rank of Major after the war, working first as a school teacher and then as a schools inspector. Charles served as editor of the Pegasus Journal in his spare time from its launch, however work pressures forced him to relinquish the post in 1949.

Charles, who was a fluent French speaker, eventually bought a cottage in Normandy where he spent several months each year. As a result he became a key figure in the organisation of the annual Normandy pilgrimage, and also served as a trustee of Airborne Assault Normandy Trust. He was awarded an MBE in 1992 in recognition of his voluntary work but sadly died a couple of years later before he had chance to participate in the 50th anniversary of Normandy.

He left his body to medical science and therefore has no grave but the numerous memorials instituted over the years, including a stone memorial situated opposite Ranville cemetery, are testament to his contribution and the high regard in which he was held. As Gen Sir Mike Gray wrote in his eulogy, ‘He was a character whose memory will never fade with those who knew him and surely he had a maroon beret wrapped around his heart.’

I have known Charles for over 50 years and many memories come back to me.

One of the delights of Airborne Forces is the characters it has nurtured. 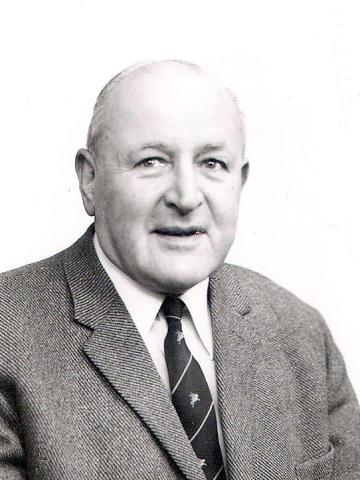