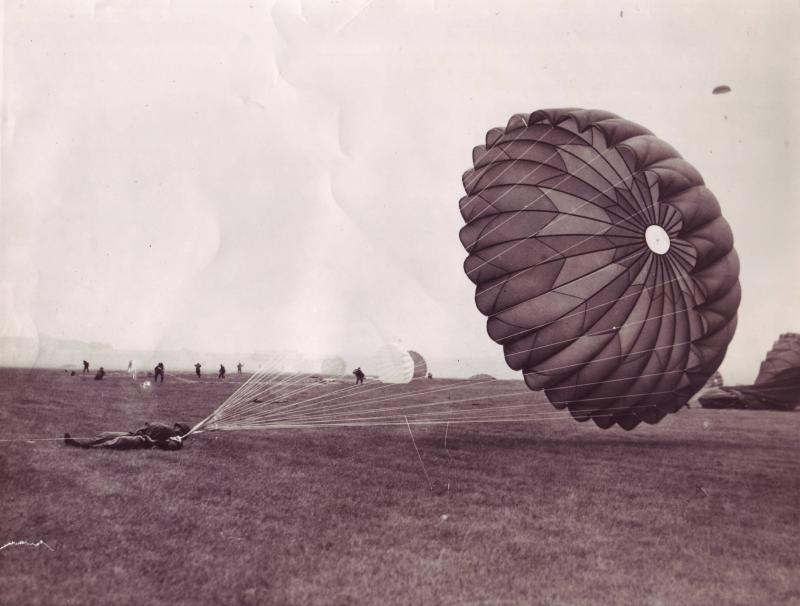 This photo came from the album of Fusilier Lovelock.

During Exercise Longstop his rigging lines became tangled during the descent and his parachute didn't fully open until his kit bag hit the ground, resulting in an extremely heavy landing.

He had to remain prone until he was checked over by the medic but luckily enough there was nothing more wrong with him than a few cuts and bruises and he was allowed to rejoin his unit later that day.