Roy Lovelock served in The East Lancashire Regiment prior to volunteering for airborne forces at the end of World War II.

He qualified as a military parachutist on course 163 which ran at RAF Ringway in May 1945 and was initially posted to the Reserve Battalion.

Roy subsequently served with 6th (Royal Welch) Parachute Battalion in Palestine and returned to the UK in 1947 with the battalion.

He took part in Exercise Longstop and was demobilised the following year in March 1948. 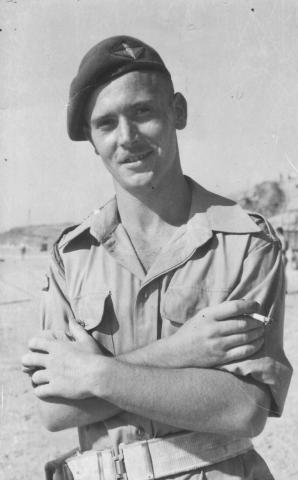