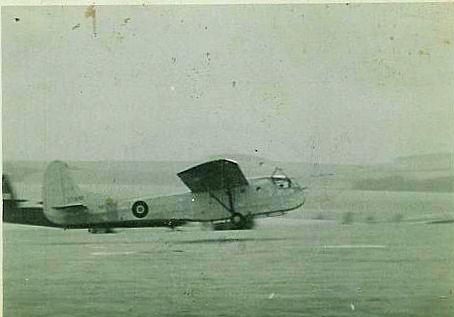 From the album of 'Alex' Gray.

Exercise Longstop in 1947 was the first major airborne exercise conducted in Britain after World War II and involved members of the 2nd Parachute Brigade Group who had returned from Palestine earlier in the year. The purpose of the exercise was to capture an airfield, Netheravon, which was performed in front of various dignatries including Field Marshal Montgomery and Lord Tedder.