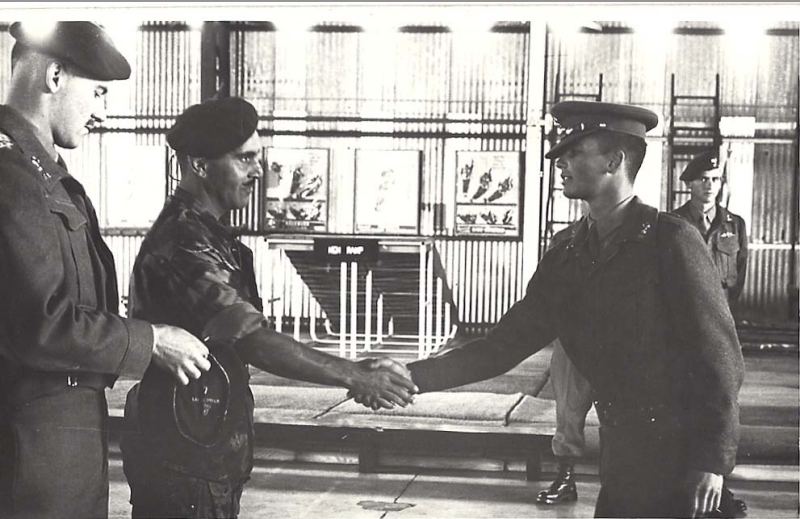 The wings were presented to Jeff Schur by an unnamed Portuguese Colonel.

The photo demonstrates the co-operation between the Portuguese Airborne Forces and South African Airborne Forces during the 1960s which extended to operations in Angola and Mozambique.

Capt van den Berg, one of the original British trained instructors, is on the left. Sgt Jeff Burger in background (behind Jeff Schur).