Letters from Mrs Taylor to Major Parry about the death of her son B. E. Taylor 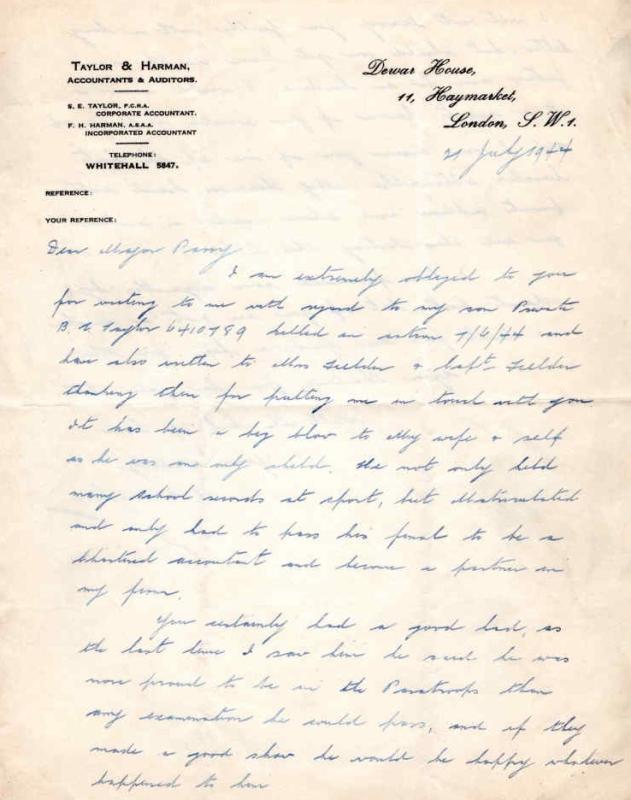 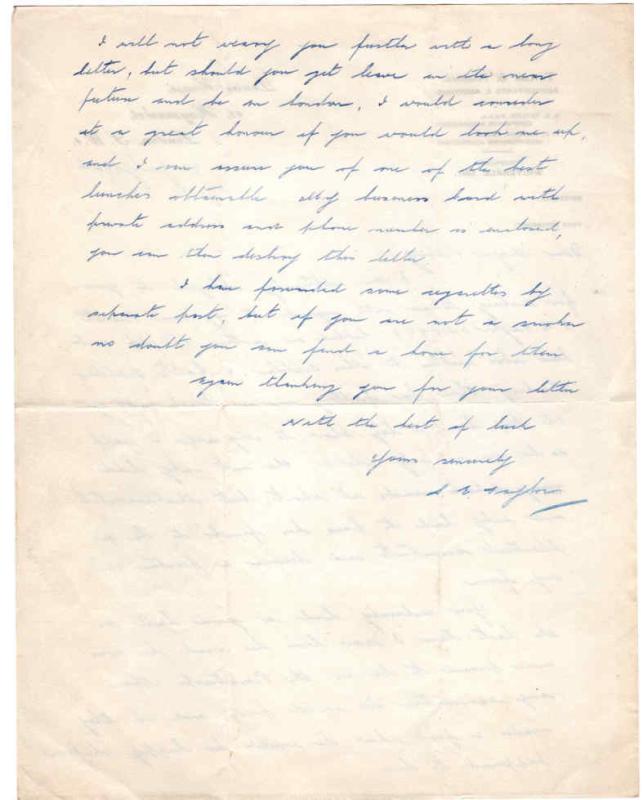 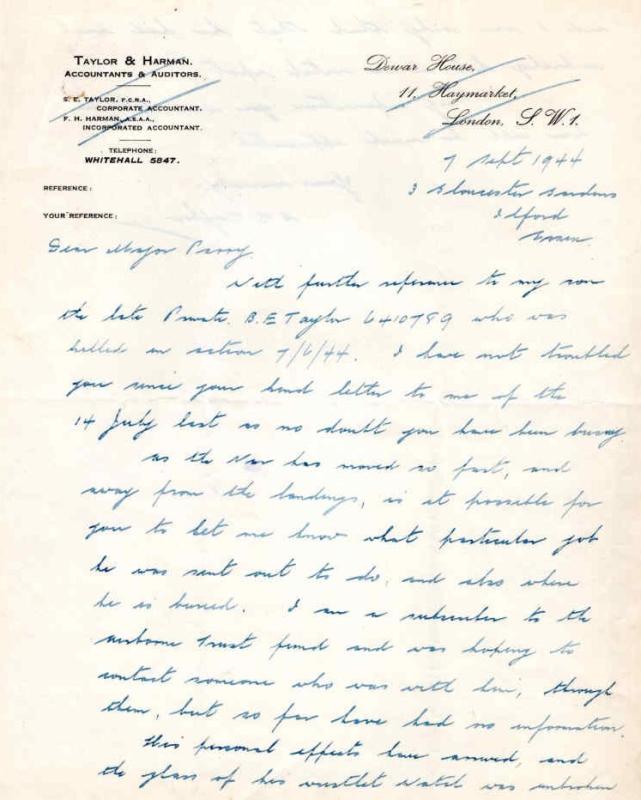 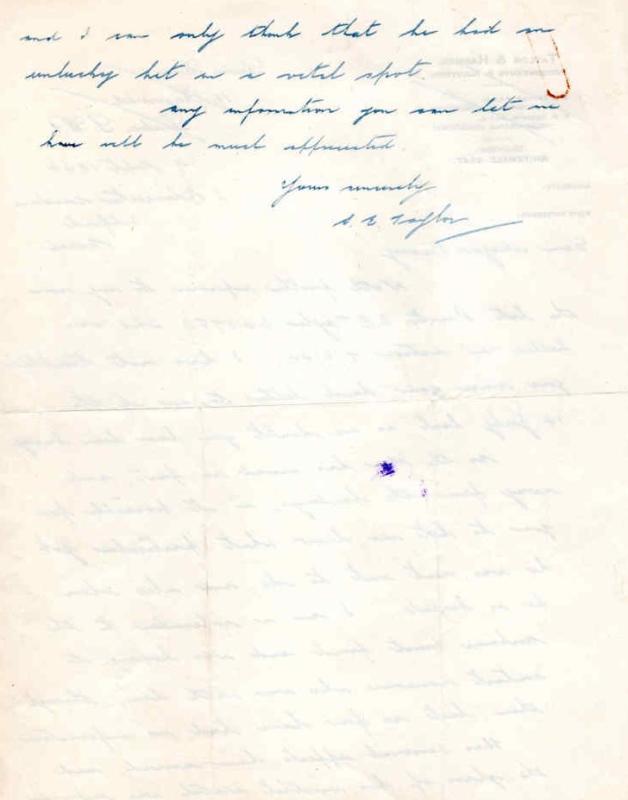 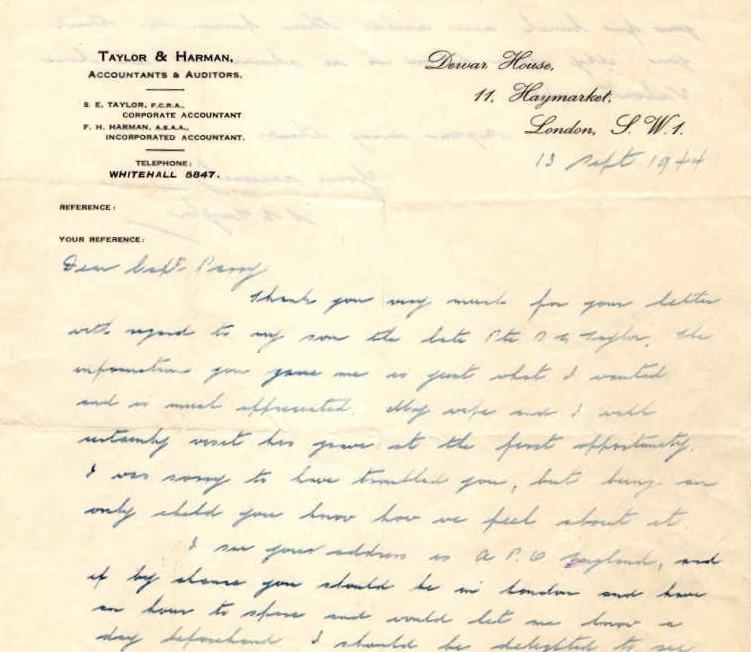 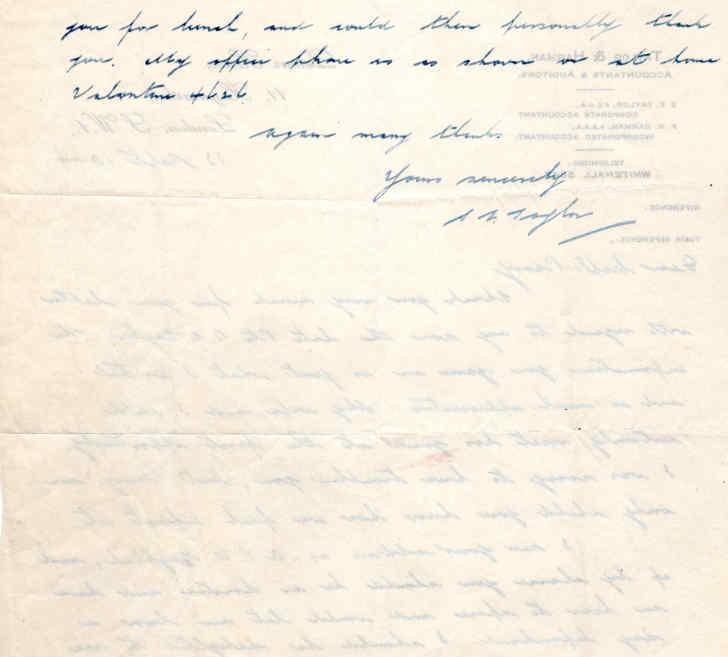 Three letters from Mrs Taylor to Major Parry about the death of her son B. E. Taylor, between July and September 1944.

In the first two letters, she is requesting details on how her son died and who was with him. Her third letter is a thank you letter to the Major.