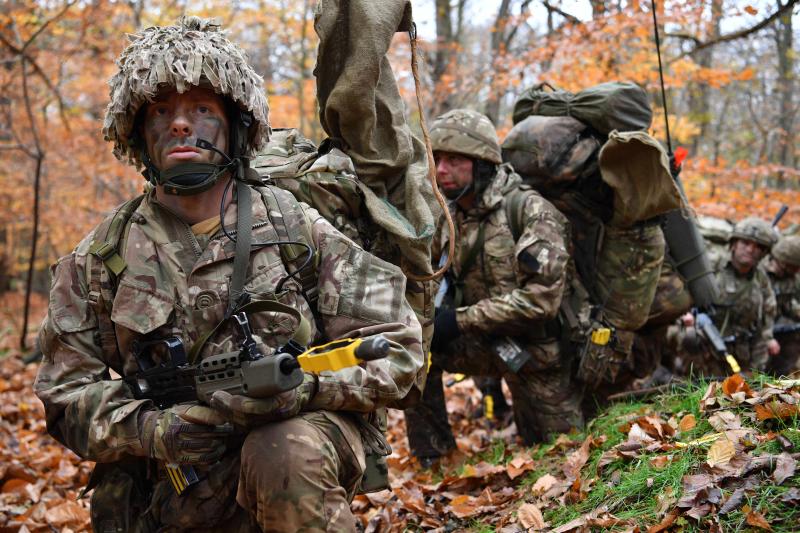 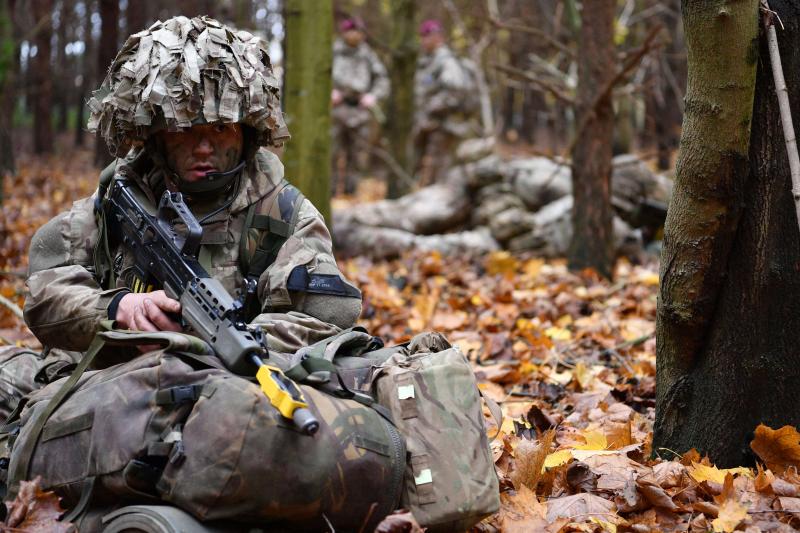 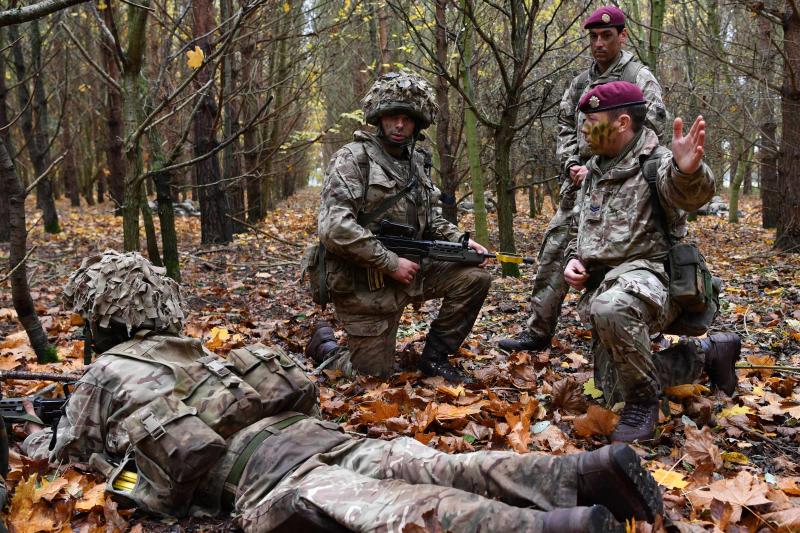 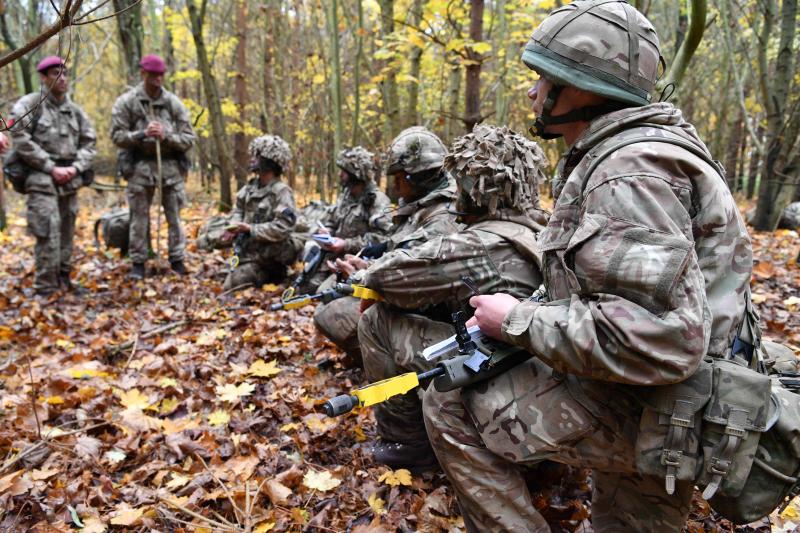 From infantry attacks to leadership theory, Royal Logistic Corps soldiers are being put through their paces as they take the first steps up the Army’s promotion ladder.

13 Air Assault Support Regiment Royal Logistic Corps (13 AASR) is running Exercise Black Leader, a three-week leadership course for 25 soldiers from across the RLC to give them the required skills as they promote from Private to Lance Corporal, and on from there.

After two weeks in the classroom learning about the role of a Junior Non-Commissioned Officers (JNCO), the troops are out on the STANTA ranges in Norfolk this week (20-25 Nov) to apply what they have learnt.

13 AASR’s Lance Corporal Joss Davey, a 21-year-old driver from Leicester, said: “A lot of this course has been about revising our basic soldiering skills, but from the perspective of having to lead others rather than just taking part. It’s a big step up from being a private soldier to a lance corporal, because all of a sudden you’re the boss of soldiers who’ve been your mates in the past. You’ve got to establish boundaries as a leader and show the mental and physical robustness and self-confidence to lead from the front.”

Private Ramesh Thapa is an RLC driver attached to Colchester-based 16 Medical Regiment. The 29-year-old said: “This course is about preparing us to take our first leadership rank and we have covered a lot of ground. I’ve learnt that as a JNCO you need to display authority and look after your section to ensure that they are ready and capable to do the job that is asked of them.”

Lieutenant Oliver McQuail, who ran the course, said: “We want to teach our JNCOs the skills and qualities they need to fulfil their potential as leaders. This final week in the field is testing that they can apply what they’ve learnt in the classroom when they’re tired, wet, cold and under pressure. We’re looking for strong soldiering skills delivered with confidence, because when they’re section commanders their young soldiers will be looking to them to set the example.”