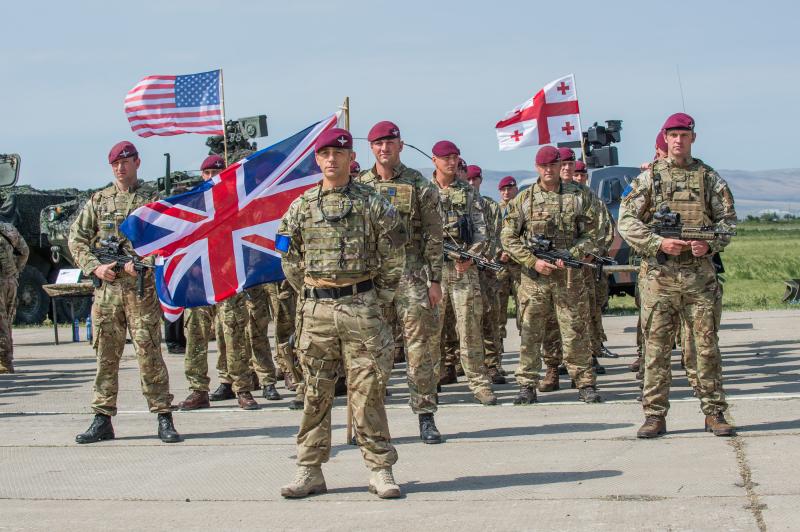 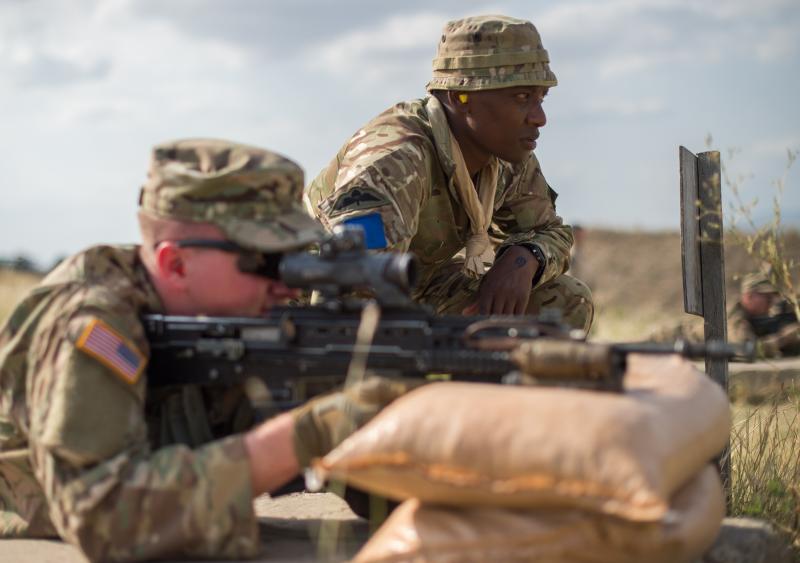 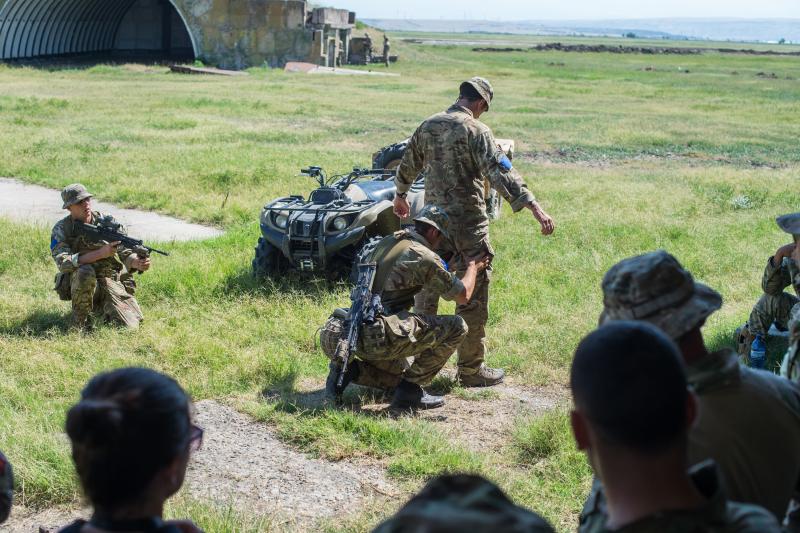 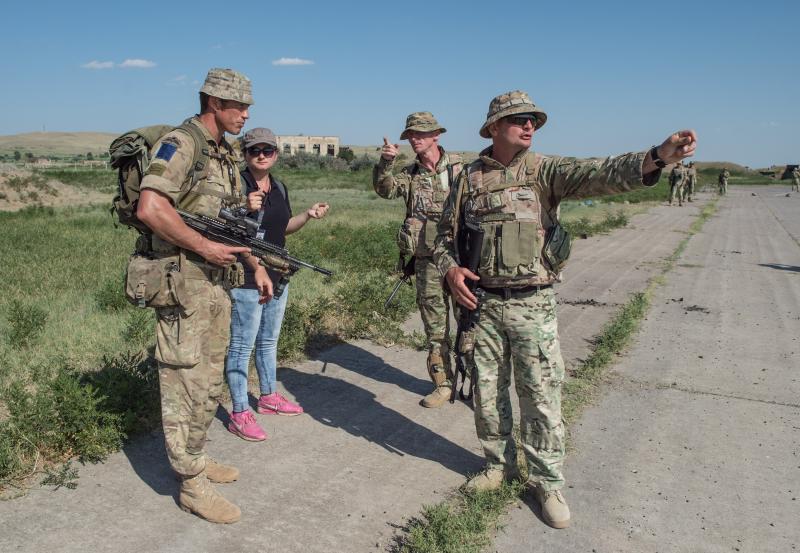 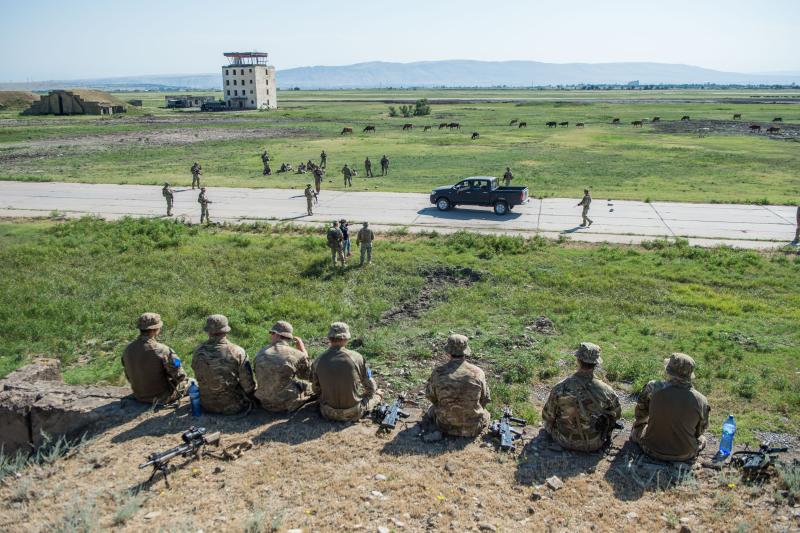 Paratroopers are proving that they can be noble partners on a major multinational exercise in Georgia.

The exercise aims to train Georgian troops to serve with the NATO Response Force, while developing the ability of NATO armies to respond together to emerging crises.

With temperatures soaring to 38°C on the Vaziani ranges near Tbilisi, the paratroopers have swapped techniques with the Georgian 12th Infantry Battalion on carrying out vehicle check points (VCPs) and searching people. Joint training with soldiers from the US Army’s 173rd Airborne Brigade has deepened mutual understanding of the kit and capabilities of British and US airborne forces.

Major Mark Bush, Officer Commanding C (Bruneval) Coy 2 PARA, said: “Exercise Noble Partner is a fantastic opportunity, both for the Company and for our paratroopers as individuals, which we’re working hard to make the most of. Georgia is a hot and dry environment that’s a test of physical resilience, while working as part of a multinational exercise on this scale really broadens soldiers’ military and cultural horizons.

“While working with our allies and partners we are learning all the time about how different armies conduct their business - and they’re learning about us - which will make us all better prepared for coalition operations in the future.”

Corporal Caz Laycock said that working with different armies was about “finding a middle ground”. “I gave a lesson to the Georgians about VCPs and they were engaged and asked lots of questions, then they demonstrated their techniques to us,” the 31-year-old from Wantage said. “It’s about each of us looking at our slightly different tactics to deal with the same situation and learning from each other.”

Private Kieran Ainsworth, 20 from Preston, said: “This exercise has been really good for camaraderie, talking to different soldiers and learning about their army and their culture. It’s been particularly good working with the Americans, because we’re paratroopers and there’s no divide between us. We’ve talked to them seriously – and had a laugh – about things we can all relate to from slightly different directions.”

The exercise concludes with the paratroopers jumping into a 72-hour mission for the multinational force to practise defensive operations.

Georgia is a partner to the NATO alliance and voluntarily contributes troops to the NATO Response Force, a high readiness group of air, land and sea forces that can deploy quickly, wherever needed.