Fire and move test for paratroopers on Exercise Blue Mobility, May 2017. 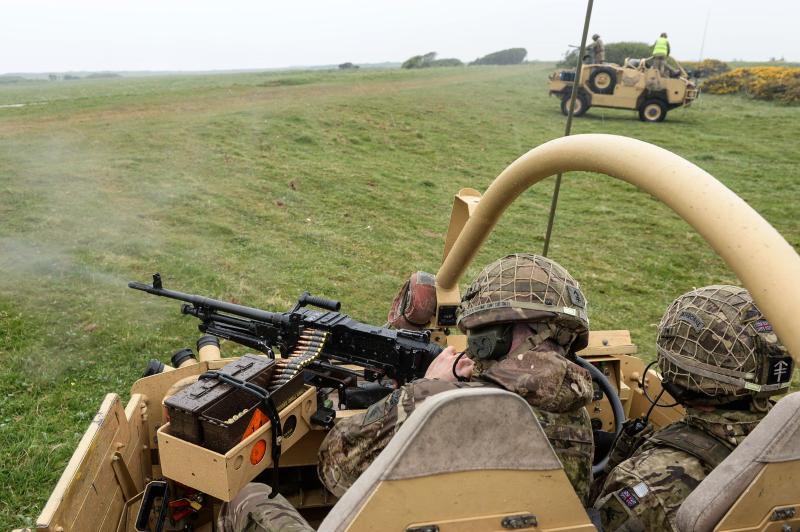 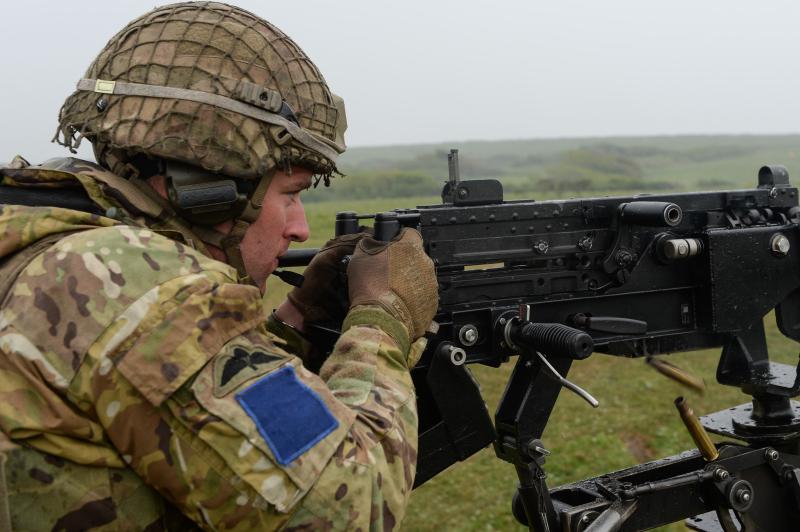 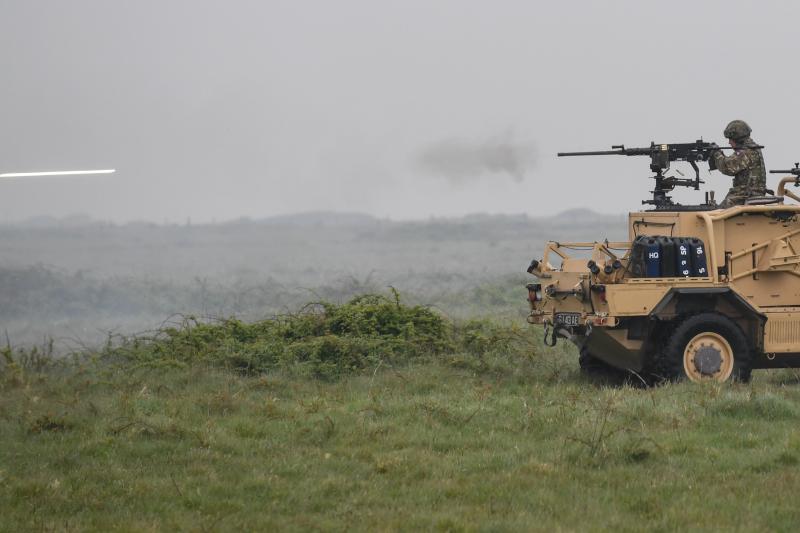 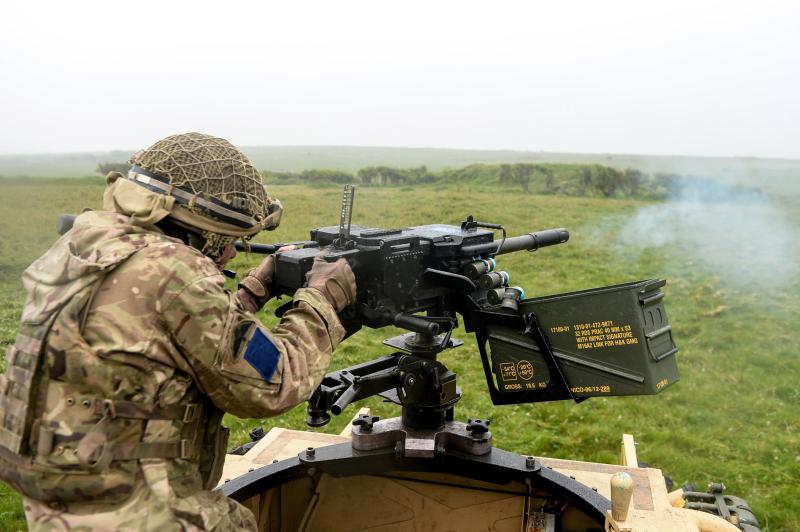 The paratroopers of 2nd Battalion, The Parachute Regiment, have been honing their fire and manoeuvre skills on the rugged terrain of Castlemartin, in the far southwestern tip of Wales.

Colchester-based troops from the Machine Gun and Anti-Tank platoons of 2 PARA’s Support Company, have conducted a series of increasingly complex drills on Ex BLUE MOBILITY using the Jackal mobility vehicle in a realistic and challenging environment.

Besides the General Purpose Machine Gun (GPMG) mounted in front of the vehicle commander, each platform can also be fitted a 50 Calibre Heavy Machine Gun (HMG) or a Grenade Machine Gun (GMG). According to the Paras taking part in this training package, it’s the combination of mobility and firepower that makes the Jackal such a unique and effective piece of kit.

OC Machine Gun Platoon, Captain Luke Martin, said “The advantage of the vehicle is its speed and manoeuvrability. We can pretty much go anywhere with them. They have air-lift suspension systems and a large engine so there’s no terrain we’ve encountered so far that we can’t cover.

“And in terms of the firepower, the weapon systems are very effective. Normally with the GPMG in the light role you get a range of 900 metres, but we’ve mounted it here onto the vehicles and we get 1800 metres. The 50-Cal fitted to the top also has a two-and-a-half kilometre range and it’s an anti-materiel weapon, which means it’ll quite happily go through a vehicle or a building. And the GMG is an area weapon and that fires automatic, belt-fed 40 millimetre High Explosive (HE) grenades in and around a target location. So the combination of all three on a mounted platform which can move at speed is a good battle-winner for us.”