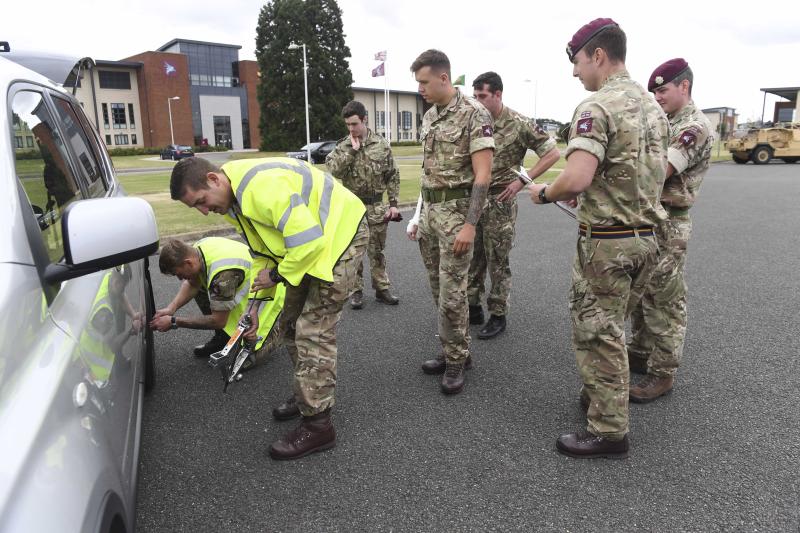 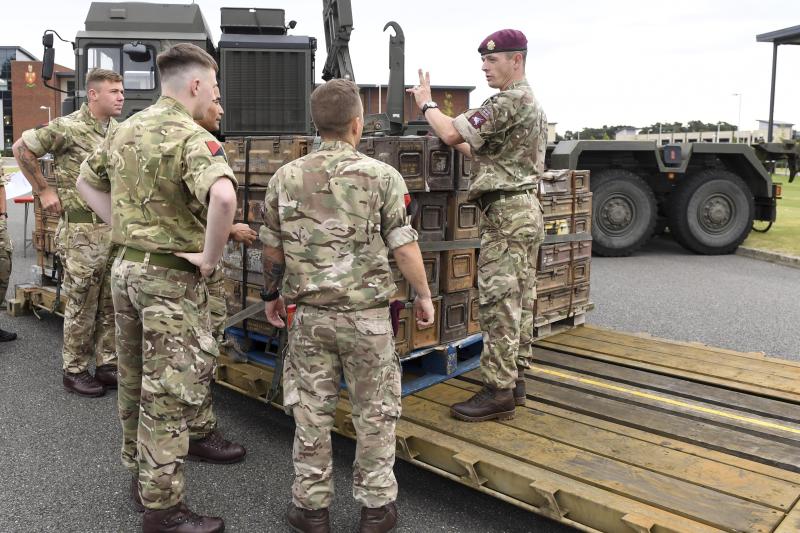 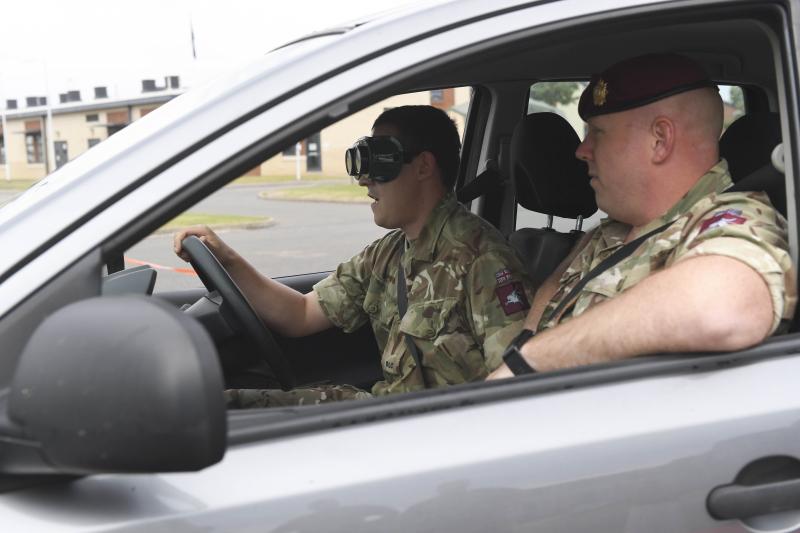 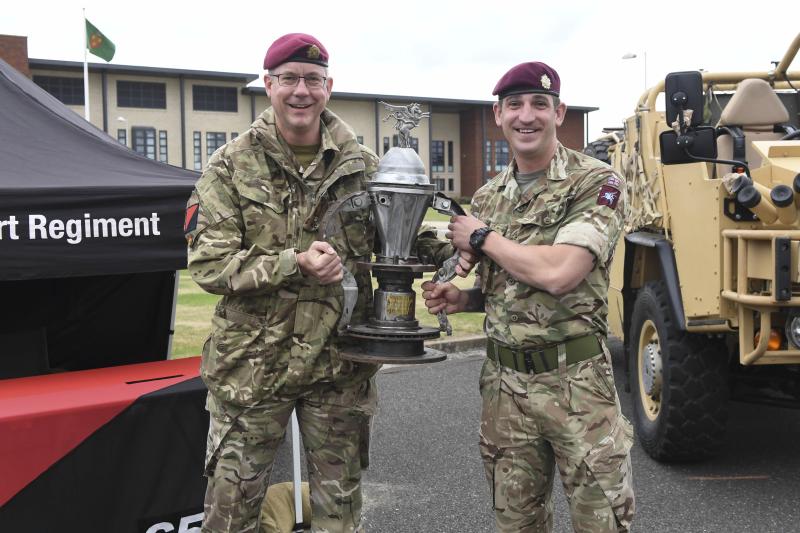 From safety behind the wheel to changing a wheel, the driving skills of Colchester-based soldiers have been put to the test.

Road safety – both in the military environment and on civilian roads – was the theme for soldiers at Merville Barracks today (Mon 26 Sept) at an awareness event run by 13 Air Assault Support Regiment Royal Logistic Corps (13 AA Sp Regt RLC), with support from Essex County Fire and Rescue Service.

Soldiers were tested on challenges ranging from driving while wearing goggles that simulate the effect of driving after drinking alcohol, basic maintenance, first aid at the scene of an accident, tying down loads and knowledge of the Highway Code.

13 AA Sp Regt RLC ran the event as a squadron competition, with 24 Squadron judged to have displayed the best and safest driving, before opening the stands up to all 16 Air Assault Brigade troops to develop their road safety skills.

Event organiser Corporal William Goode said: “This is about improving road safety awareness to reduce the number of road accidents soldiers are involved in, both in military vehicles and when they are driving off duty. Road safety is a serious topic but we’ve put a bit of fun and competiveness into it to engage people’s interest. It has been a well-attended and enjoyable day, and I hope that everyone who has taken part goes away as a safer driver.”

Corporal Andrew Christiansen was a member of 24 Sqn’s winning team, who were presented with a trophy made of salvaged vehcile parts. He said: “Events like this really make you think about safe behaviour when you’re driving. Driving wearing ‘beer goggles’ really make you realise how dangerous and stupid it is to drink drive. It’s always good to win and we will go back to the Squadron and spread what we have learnt about road safety.”