Airborne soldiers try a triathlon, May 2016. 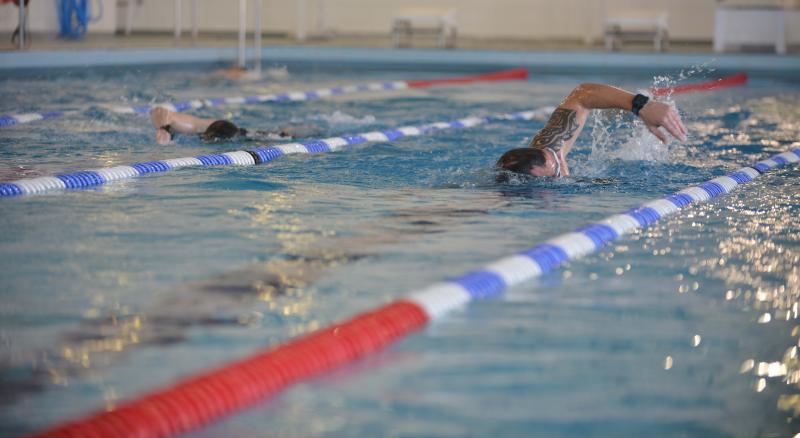 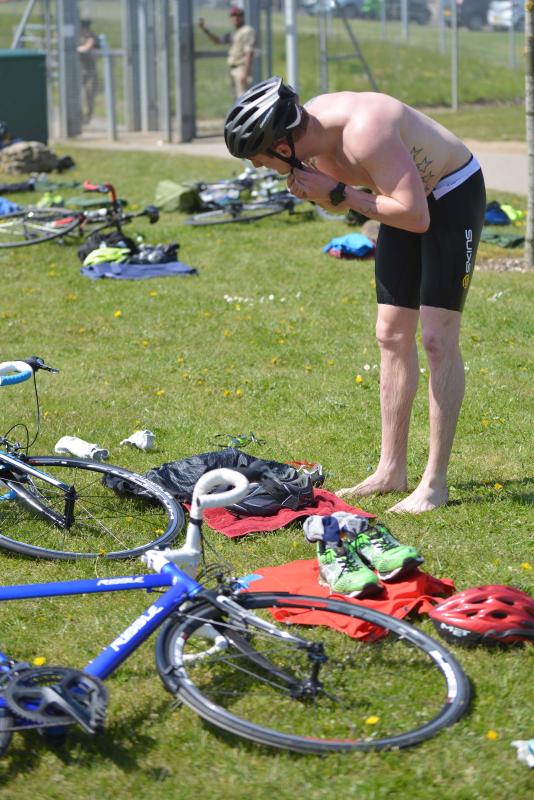 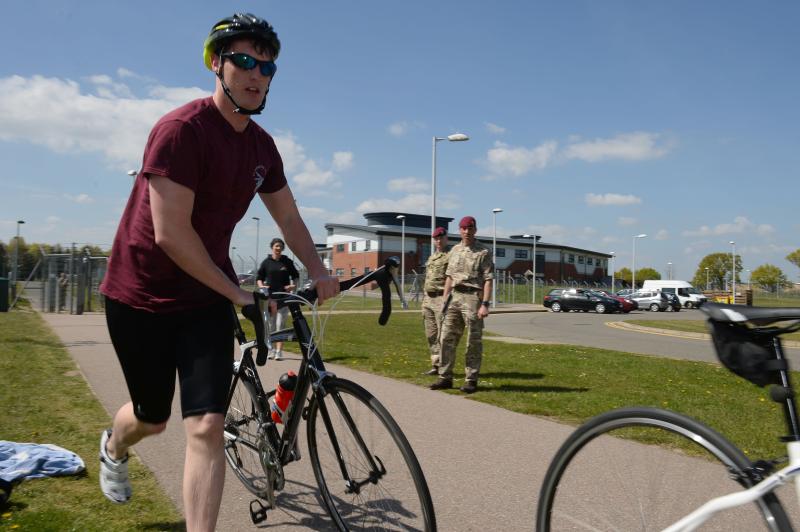 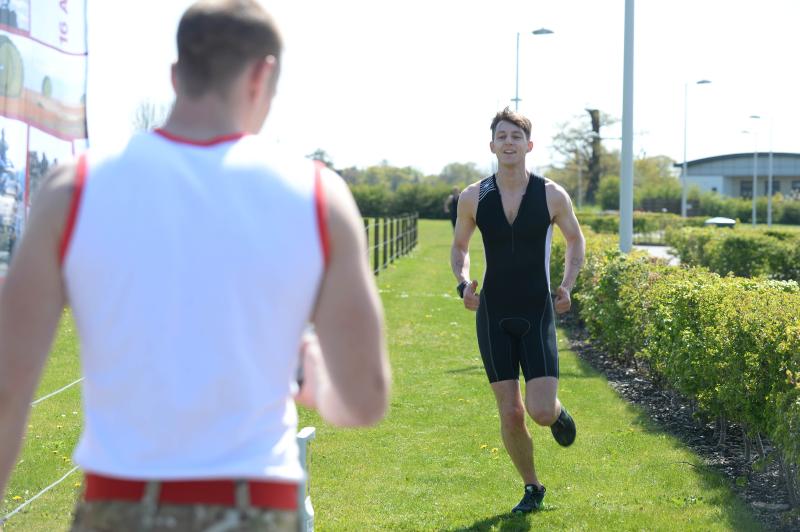 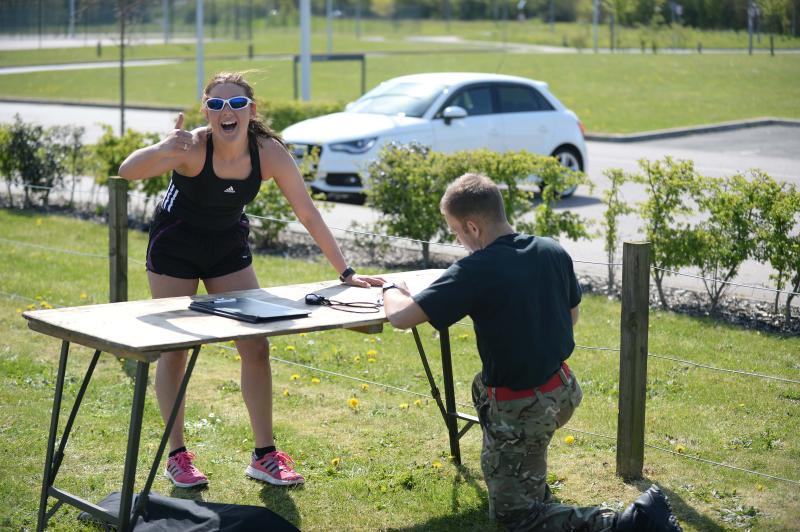 Soldiers from 16 Air Assault Brigade have tried the swimming, cycling and running challenge of a triathlon.

Some 40 troops had a first attempt at a triathlon today (Wed 4 May), with a 400m swim, 15km bike ride and 4km run around the Corporal Budd VC Gymnasium in Colchester. The event was organised by 13 Air Assault Support Regiment Royal Logistic Corps to let soldiers try a triathlon, which is one of the fastest growing sports in the country.

Organiser Captain Phil Dorsett said: “Triathlon is quite a complicated sport and this is a chance for our soldiers to try it in a relaxed and non-competitive environment. Hopefully they will find it enjoyable and go on to take it up more seriously. I’m a keen triathlete and have competed up to Ironman distance. Everyone can run, swim or cycle but to do the three together as one event makes it a real challenge.”

Among the soldiers who did their first triathlon were Sergeant Steve Purvin and Private Leanne Lord, both of 13 AA Sp Regt RLC.

Sgt Purvin, 32 from Grange-over-Sands in Cumbria, said: “I’ve always wanted to do a triathlon, but never got round to it and here was the opportunity. I found it really hard and all the way round I was thinking about the finish line, but at the same time I’m keen to have another go. I found it particularly difficult to get off a bike and start running, because you’ve really got to change the movement and rhythm of your legs.”

Private Leanne Lord, 27, from Gainsborough in Lincs, said: “Netball, hockey and a bit of running are my sports, but I was keen to give a triathlon a go. I found out about this event yesterday, so the only specific preparation I did was mental! I was nervous getting in to the pool but found the whole event surprisingly easy and I would do it again tomorrow.”