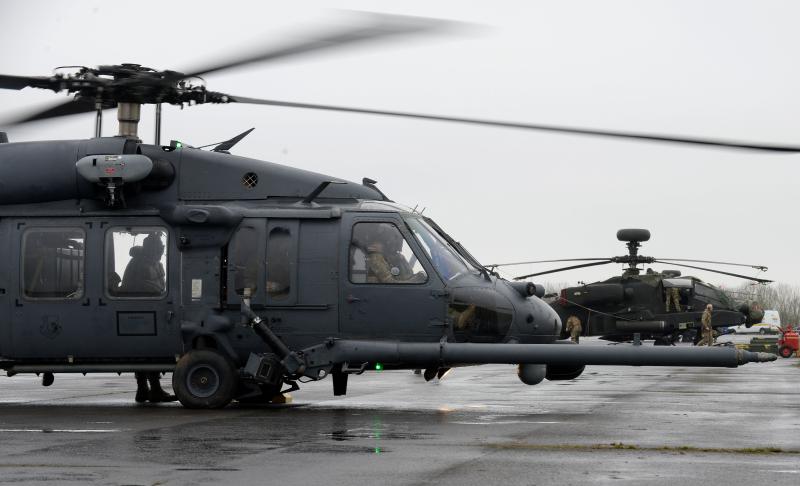 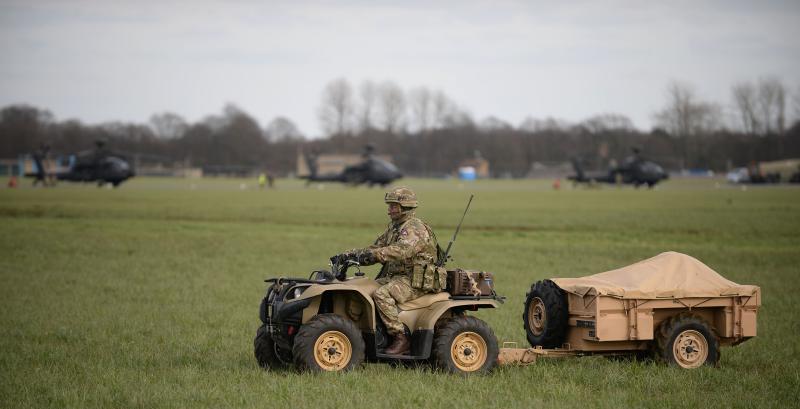 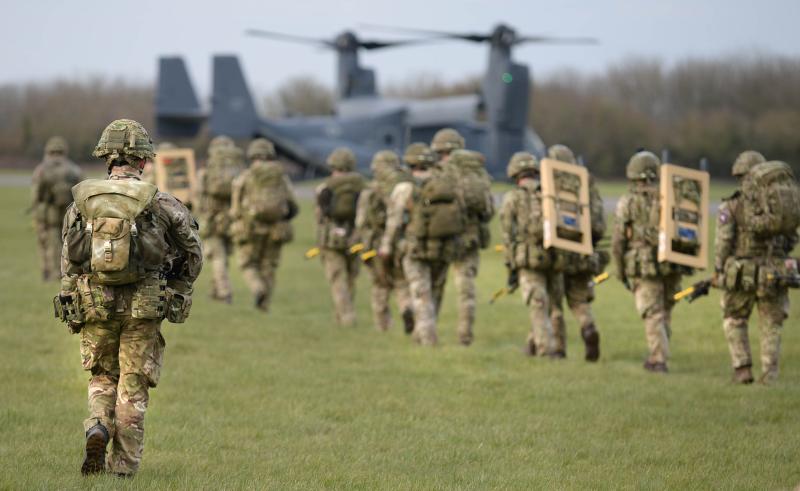 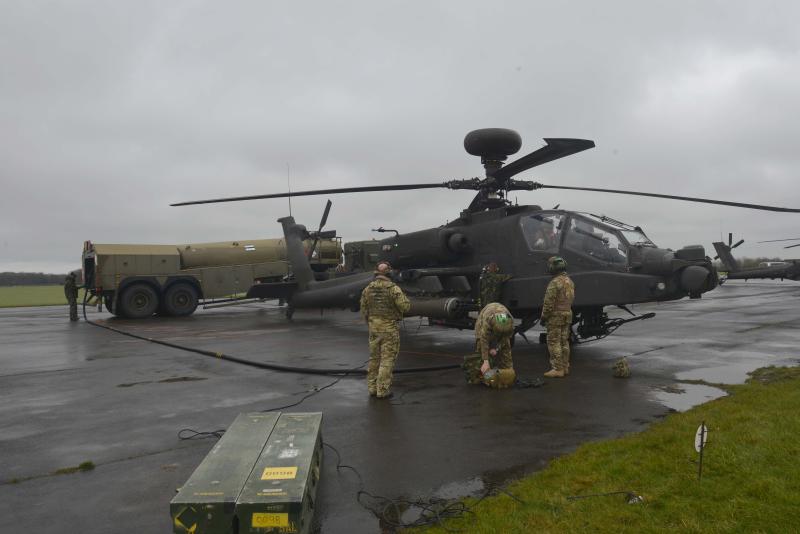 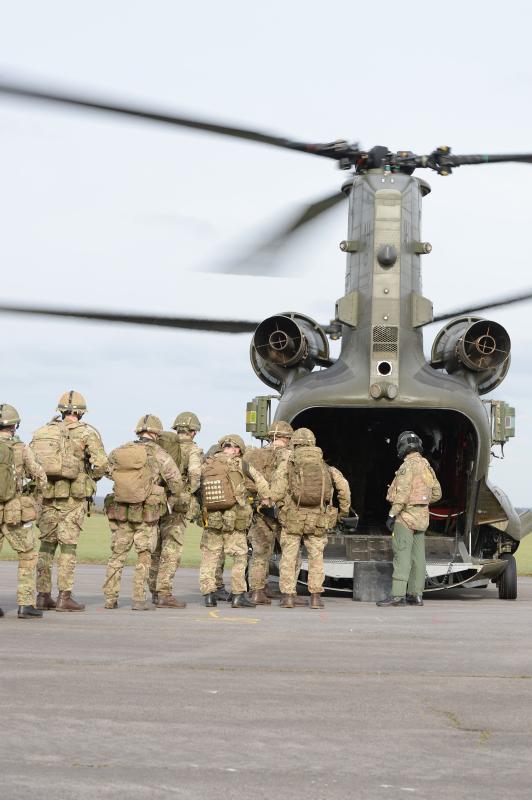 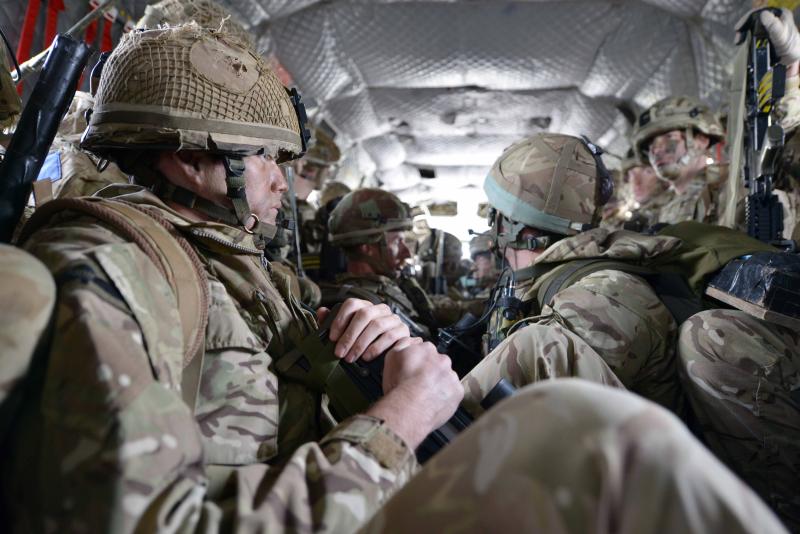 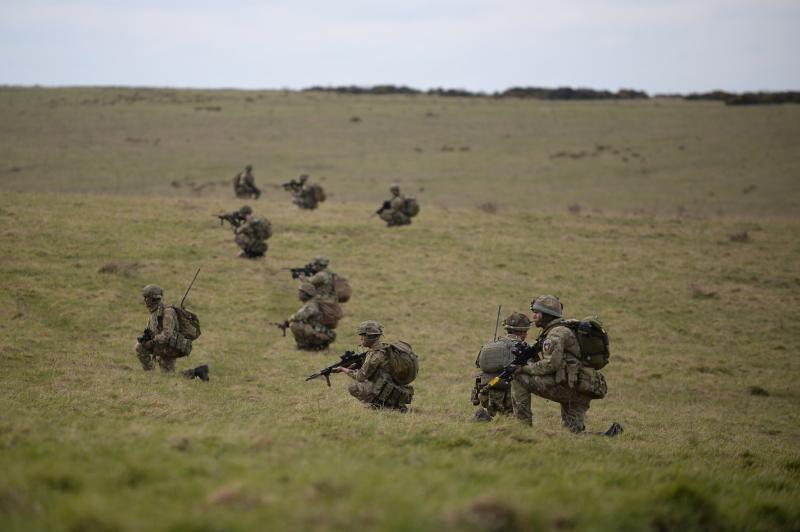 The combined force of some 250 soldiers and seven helicopters was based at Hullavington Airfield, near Chippenham, across the week-long training to plan and launch air assault missions onto Salisbury Plain. A key serial saw the paratroopers transported by Chinook and Osprey to attack the mock village at Imber, with Apache carrying out simulated strikes on ground targets and Pave Hawk providing casualty evacaution.

The exercise’s aims were to improve interoperability with the USAF and confirm the readiness of 663 Sqn, which is based at Wattisham Flying Station, for contingency operations. From the spring, 663 Sqn will provide the Apache attack helicopters that would deploy alongside an airborne infantry battlegroup from 16 Air Assault Brigade and RAF support helicopters in the Air Assault Task Force, the British Army’s rapid reaction force.

Major Andrew Mitchell, Officer Commanding 663 Sqn, said: “This is our final validation at the end of a steady progression of training. We’ve worked on our skills operating the Apache, as both air and groundcrew, and this exercise is now bringing in the complexities of working alongside support helicopters and ground troops.

“We worked with 16 Air Assault Brigade and USAF aviation assets in Afghanistan and it is important that we continue to maintain the experience and understanding of the missions we can conduct together. The more we do now the better we will be able to work together on the next operation.

“It’s been very complex to co-ordinate logistics, mission planning and communications but it has gone well. There are lots of different tiers of challenge that combine to keep the training exciting and fresh.”

At Hullavington, groundcrew ran Forward Arming and Refuelling Points (FARP) - the military equivalent of a Formula 1 pit stop – and maintained the helicopters.

Airtrooper Leslie Zeoli, 20 from Burton-on-Trent, said: “My role is to ensure the aircraft is ready and safe to fly, so we marshal the aircraft on the ground and refuel it. We have to work harder to maintain the Apache in the field, because we can only rely on what we’ve got with us and there aren’t hangars to work in. It’s been interesting to see the differences in how the Americans work on their helicopters and what we can and can’t do together.”

The USAF Osprey were from RAF Mildenhall-based 7th Special Operations Squadron and the Pave Hawk from 56th Rescue Squadron at RAF Lakenheath.

Captain Jon Ball, of 7th SOS, said: “This is both good training for us on how we use our aircraft and working to improve interoperability with a NATO ally.”

The Colchester-based paratroopers of C (Brun) Coy 2 PARA provided ground troops for the helicopters to move and support from the air.

Private James Butcher, 21 from Grays, said: “I worked with US paratroopers in Germany last summer and they have different procedures to do the same job. On this exercise we’re learning about their helicopters, and it’s important that we know about each other so we’re ready to go on an operation together.”