Veterans and soldiers after the wreath laying ceremony at Kranji Cemetery, Singapore, April 2015. 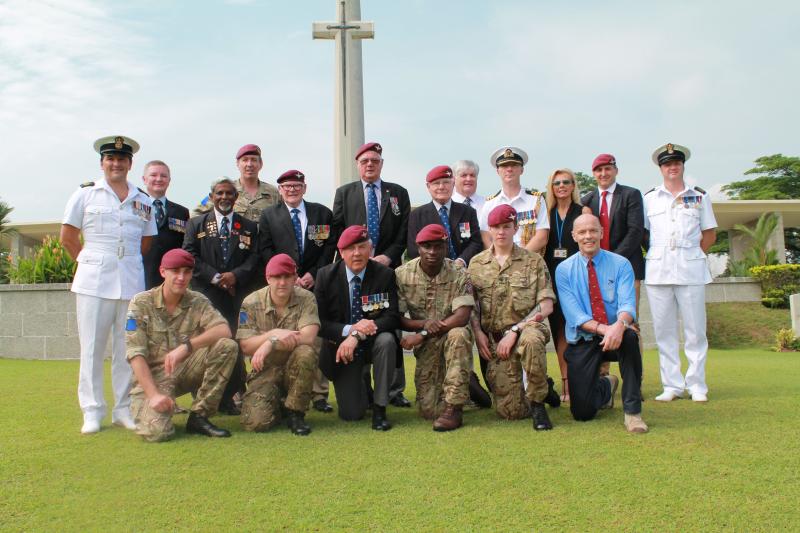 On 27 April 2015 a group of veterans, Mick Murtagh, Les Simcock and George Averre, accompanied by Major General James Bashall CBE and serving soldiers of 2 PARA returned to the battle site at Plaman Mapu to visit a plaque laid by the villagers of Kampong Mapu in remembrance of the battle.

They then visited CWGC Kranji Cemetery in Singapore to hold a wreath laying ceremony for the two men who died on Plaman Mapu, L/Cpl Ian McKellar and Pte Henry Smith.