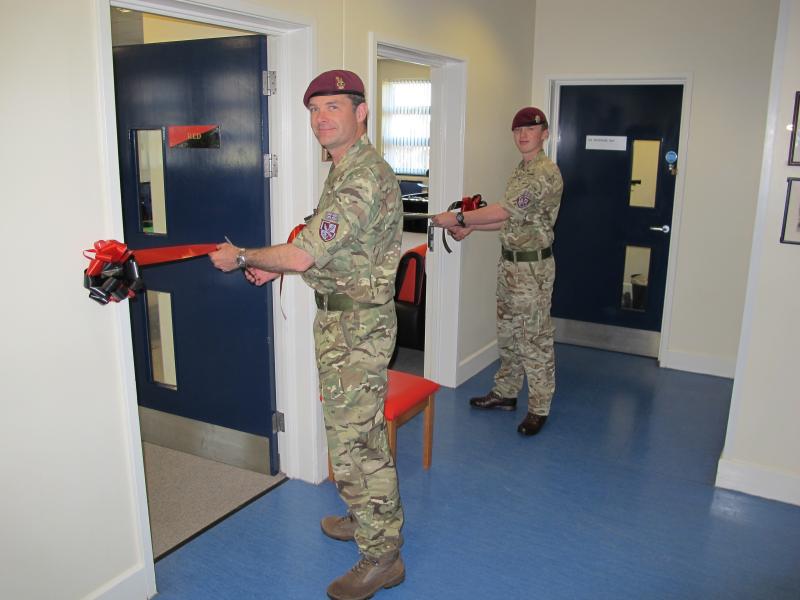 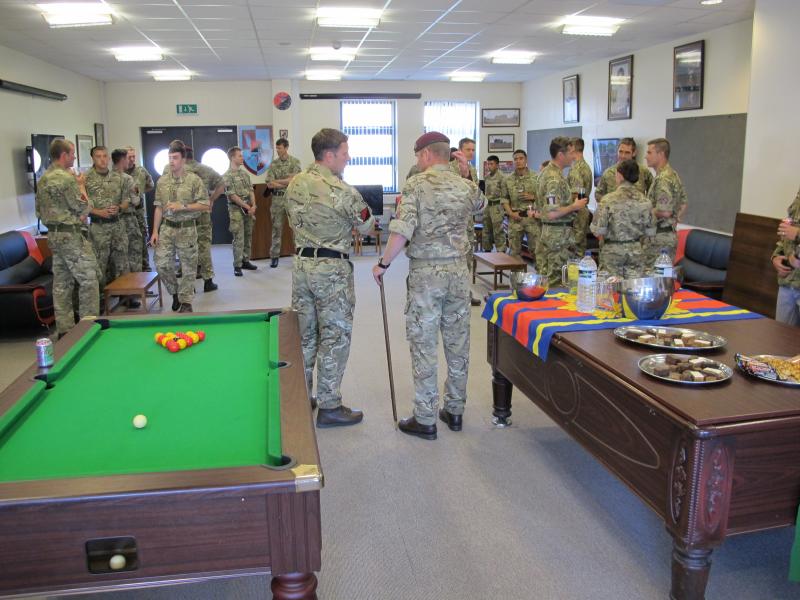 New welfare facilities have been opened up for Royal Logistic Corps (RLC) troops based at Merville Barracks in Colchester.

The new facility will be known as the Red & Black Room, after the regimental colours, and will house pool tables, TVs, games consoles and a wi-fi access. The aim of the project has been to give the soldiers somewhere to relax when they are off-duty.

The regimental Quartermaster, Major Jo McCord, who helped get the Red and Black Room off the ground said, ‘The facility has been warmly received by all of the soldiers of 13 AASR. Not only does it provide a superb area where they can relax, play pool and organise events such as games nights and movie nights, it also presents a fantastic location from which to display pictures of all that is good about service in 13 AASR and 16 Air Asslt Bde. Ultimately the Red & Black Room will be a significant force multiplier in the areas of morale, retention and team cohesion.’

Private Glover, one of the soldiers involved in the planning and delivery of the project said, ‘The pool tables, games and DVDs that we have were all very kindly donated. It’s a great place for people to socialise and it’s perfect to meet new people when they join the regiment.’