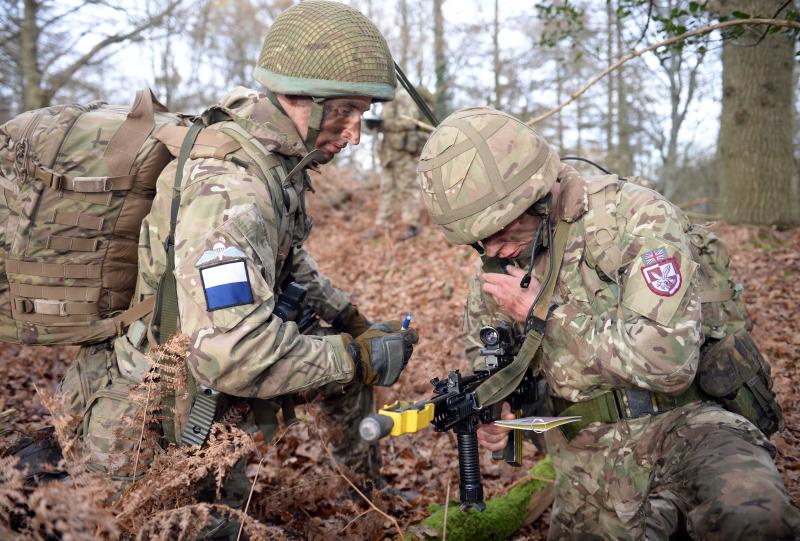 The leadership skills of junior soldiers from Colchester-based 216 (Parachute) Signal Squadron have been sharpened on a demanding day of festive challenges.

Helping Father Christmas and his reindeers to cross an icy stream with just a rope was one of the tasks set for troops on Exercise Mercury Culmination, held at Pippingford Park in East Sussex. The training tested the signallers’ wider military skills and gave junior soldiers a chance to show their teamwork and leadership qualities.

Troops were also tested on their patrolling skills, including evacuating casualties under fire and crossing water obstacles, as well as a gun run to test their strength and stamina.

He said: “This exercise was about taking our signallers and lance corporals away from their core communications role to test their basic skills as soldiers. We put junior soldiers in command of the situation, to give them a chance to show their leadership and teamwork skills and let us measure their potential for promotion

“It was a tough and demanding day, but we threw in some Christmas elements to lighten the mood!”