Citation for the award of the Military Cross to Lt W F Hogdson, 1944. 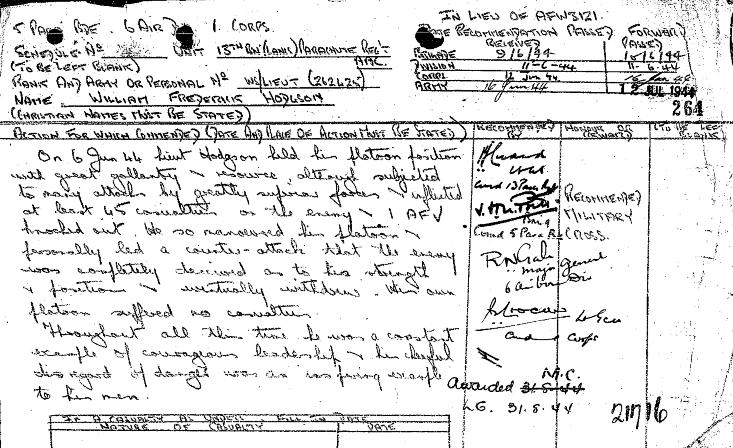 'On 6 June 1944 Lieut Hodgson held his platoon position with great gallantry and resource, although subjected to many attacks by greatly superior forces and inflicted at least 45 casualties on the enemy and 1 Armoured Fighting Vehicle knocked out. He so manoeuvred his platoon and personally led a counter attack that the enemy was completely deceived as to his strength and position and eventually withdrew. His own platoon suffered no casualties.

Throughout all the time he was a constant example of courageous leadership and his cheerful disregard of danger was an inspiring example to his men.'