William Frederick Hodgson was granted an emergency commission into The Royal Northumberland Fusiliers in April 1943, after completing his officer cadet training, as a Second Lieutenant.

He volunteered for airborne forces, transferring to The Parachute Regiment in September 1943 and qualified as a military parachutist on course 82 which ran at RAF Ringway in September 1943. The jump records record ‘Real drive energy, fine leader, fine performer.’

2Lt Hodgson was posted to 2 Platoon, A Company, 13th (Lancashire) Parachute Battalion and jumped into Normandy on D-Day 6 June 1944.

In August 1944 Lt Hodgson was awarded a Military Cross for holding his position on the first day of the Normandy campaign ‘with great gallantry and resource’. 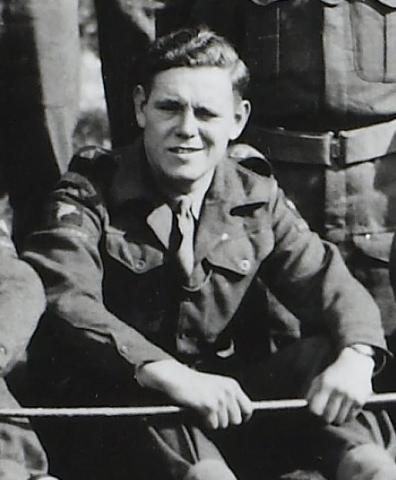