A Paratrooper is checked by a Parachute Jump Instructor on Exercise Capable Eagle, 22 October 2013. 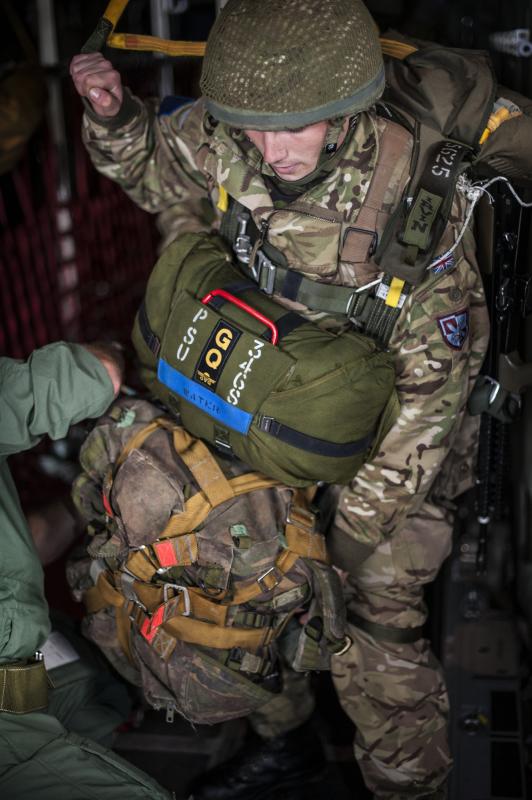 Paratroopers have practised a combat-style parachute jump as part of joint training between the British and French air forces.

Exercise Capable Eagle saw B Company, 2nd Battalion The Parachute Regiment carry out a jump from an RAF C-130J Hercules. The 50 paratroopers jumped in Overhead Assault Mode, wearing body armour and webbing with weapons and daysacks strapped to their legs.

Poor weather, including gusting winds at the Wiley Sike drop zone (DZ) in Cumbria was a problem and the Hercules, from Brize Norton-based 47 Squadron, had to climb from its low-level approach as cloud threatened visibility.

The plan was to find a gap in the weather nearer to the DZ. While the Paras hooked up their static lines and were checked by a team of Parachute Jump Instructors (PJI) the aircraft dropped to jumping height. Five passes later at 600ft and B Coy was on the ground, while the C-130J hugged the ground on its return to Leeming.