Zygmunt Pawluczuk served in the Parachute Engineer Squadron of 1st Polish Independent Parachute Brigade and took part in the Battle of Arnhem.

He died from his wounds on 1 October 1944, aged 23 years, and was initially buried at the temporary British Cemetery, Sophiaweg, Nijmegen. He was later reburied at the Oosterbeek War Cemetery, Arnhem. 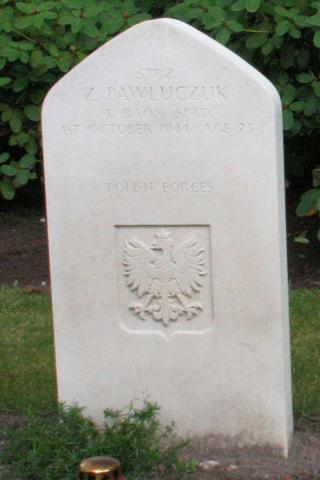