William Wisely was the younger brother of Driver John Wisely, and was known by many as Billy.

He joined up in the early stages of the war  in the Family Regiment in which he served until sometime in 1968. Having joined the Royal Ulser Rifles, he took part in the glider-borne 6th Airborne D-Day landings. He went on to serve with the Rifles in Palestine, Cyprus, Australia, British Army of the Rhine (BAOR) and the UK.

His was married to Madge and is survived by two children; John his eldest son and a daughter Margaret who still lives in Belfast.

Compiled by ParaData Editor with assistance from Bernie Wisely 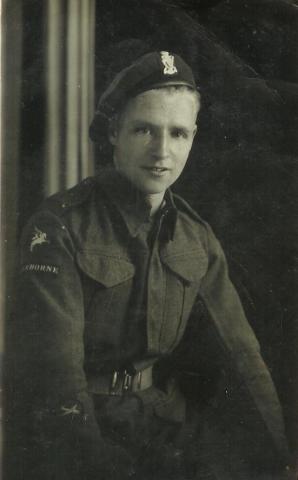