William Varney was the son of John and Elizabeth Varney, of Glasgow.

He lied about his age in order to enlist into a Scottish Highland Regiment and volunteered for airborne forces in 1942.

William Varney qualified as a military parachutist on course 34 which ran at RAF Ringway in October 1942. He was posted to the 5th (Scottish) Parachute Battalion, and served in A Company.

The battalion, which was part of the 2nd Indepedent Parachute Brigade, fought in the Italy campaign  from 1943 to 1944.

Corporal Varney was killed while the battalion held defensive positions on part of the Cassino front. He died on 19 April 1944, aged 18 years old, and is now buried at Cassino War Cemetery, Italy. 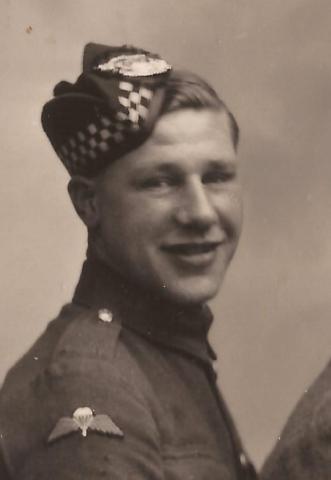 Brian Varney said:
My uncle William whom I never knew existed until my dad, Charlie Varney KOSB told me about him and my grandfather John (jock) Varney being at monye cassino at the same time during the war. Many of our family enlisted over the years including myself SGT Brian Varney RAOC/RLC
Add your comment