William Thomas Hourigan a hotel porter from Liverpool enlisted into The Bedfordshire and Hertfordshire Regiment (The Beds and Herts) in 1937.

In March 1943 he was posted to to Mortar Platoon, Support Company, The 10th Parachute Battalion (10th Para Bn) at Kabrit in the Suez Canal zone.

After the 10th Para Bn fought briefly in Italy, they returned to England and later went on Operation Market Garden. Pte Hourigan jumped under fire into Arnhem on the second lift on 18 September 1944, as a member of No. 4 Section Mortar Platoon he was amongst the few from the nearly annihilated 10th Para Bn that managed to return across the river on 25 September.

He served briefly with 2nd Para Bn before being posted to Army Air Corps Depot in December 1944.

In August 1945 he was posted to Defence Company, 3rd Para Brigade and went to Palestine. Pte Hourigan also served with 9th Para Bn, then 1st Para Bn and 8/9 Para Bn.

Compiled by Wendy George with the assistance of Annette Sibley 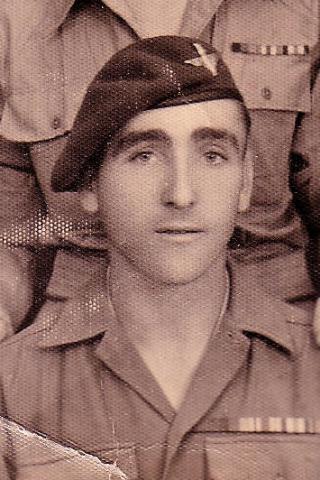