Lieutenant Colonel William Robert Corbould served with the Coldstream Guards. He began his Guards career during the Second World War in the ranks before receiving an emergency field commission to 2nd Lieutenant with 2nd Battalion, Coldstream Guards, in September 1941. He served in North Africa and the Mediterranean with the British North African and Central Mediterranean Forces, wounded twice on active duty.

He remained with 2nd Bn, Coldstream Guards until 1947, when he joined the Parachute Regiment. He was twice wounded during parachute accidents in 1956 and later, in 1959, retaining a Para association for 30 years, serving as part of the British Army of the Rhine (BAOR). He had spells with 1st, 2nd and 10th Battalions, and served at Depot and RHQ Para in various Staff Officer roles, and became RHQ Regimental Adjutant with during his career. He also had a brief spell with HQ, 38 Group RAF in the early 1960s.

As he neared the end of his military career in 1975, he was appointed Vice-President of the No 1 (Guards) Independent Company, Guards Parachute Association. He has retained this title to the present. He has remained very active after his military retirement, and volunteered for the RHQ, Coldstream Guards between 1992 and 2006. 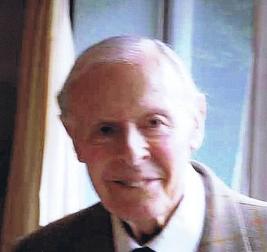