William McGill was awarded the Military Medal for actions while serving with the Guards Independent Parachute Company during the Borneo campaign. His citation reported in the London Gazette states:

"On the 15th September 1965, Sergeant McGill was commanding two Patrols of the Company which were tasked to ambush a river track with a view to destroying any small enemy parties moving South across the border into Kalimantan. At approximately 0900 hours six enemy scouts were observed approaching the ambush position. They were moving slowly and searching the ground carefully as they came. There was little doubt that they were the leading element of a large Indonesian party. Contact was made at about 0910 hours when the enemy leading scout walked into the right hand man of the ambush and was shot dead. The remaining enemy scouts then charged into the position with great determination. Four more were killed at point blank range.

This was followed by a very short break during which the enemy was heard and seen moving forward to attack and outflank the positions. Very heavy enemy fire was then brought down on to the position from the flank as more men moved in for a frontal attack. Sergeant McGill with courage and determination and in spite of continued small arms fire withdrew his men skilfully under their own covering fire into dead ground from where they were to break from the action. The enemy continued to react quickly to the situation and brought down light mortar fire on to the vacated position and in the general direction of Sergeant McGilTs men before pursuing them some three hundred yards.

Throughout the action Sergeant McGill maintained complete control of the situation and showed considerable skill in extracting his nine men from a difficult position without loss. His own personal behaviour and leadership under fire together with his skilful siting of the ambush position and clear orders, all resulted in a most successful encounter during which five out of an estimated force of at least forty enemy were killed."

Sergeant McGill passed away on the 29th October 2018.

Compiled by Harvey Grenville with the assistance of Ben McGill 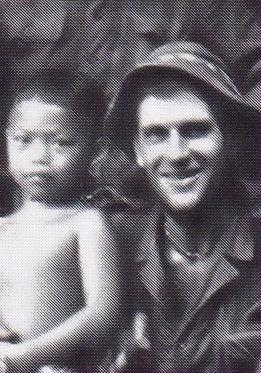