William Eagles, known as Bill enlisted in The  Royal Welsh Fusiliers in 1938.

He volunteered for the Army Air Corps and was posted to the 5th Parachute Brigade HQ Coy, June 1943. Rising to the rank of War Substantive Corporal.

William was parachute jump trained at RAF Ringway on Course 68. This course ran between 14 and 27 June 1943. His instructor noted this about William's performance whilst in training: "An intelligent type. Average performer"

William was invalided back to England, being treated at Selly Oak Hospital, Birmingham, returning to take part in the drop over the Rhine, Operation Varsity.

He left to join the TA in 1947 before finally leaving all military service in 1959. See service record summary for further details.

Created with information and images kindly supplied by Tony Eagles. 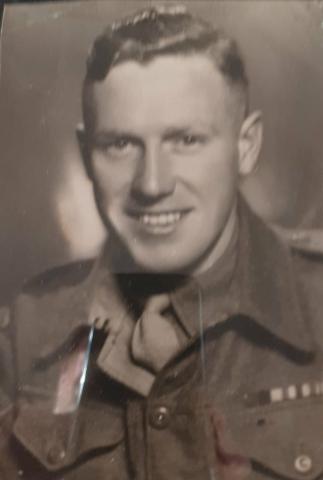