William John Payne was born in 1920 and came from Orsett in Essex.

He enlisted in June 1940, at Romford in Essex, joining the Royal Army Ordnance Corps. Private Payne transferred to the Royal and Electrical Mechanical Engineering Corps (REME) in June 1941.

He volunteered for airborne force and in October 1942 was posted to 1st Airborne Division Workshops REME.

In May 1943 he went to North Africa and also served in Italy.

The London Gazette published that he was Mention in Despatches on 24 August 1944.

In August 1944 Staff Sergeant Payne went as part of the seatail to Operation Market Garden. He returned to England on 3 October 1944.

He then went with the 1st Airborne Division Workshops REME. On Operation Doomsday to Norway in May 1945. Staff Sergeant Payne was demobbed in June 1946. 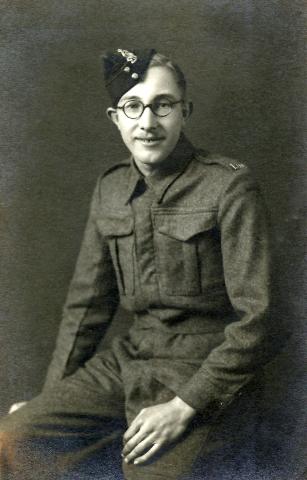