Warrant Officer Class II McCutcheon enlisted in the Royal Ulster Rifles and took part in Operation Overlord (Normandy Landings) and Operation Varsity (Rhine Crossing). He was awarded the M. M. for his actions on 18 August 1944 in Normandy.

CSM McCutcheon was killed in action on 24 March 1945, aged 27, and was given a field burial at Ringenburg, Germany and was re-interred to Reichswald Forest War Cemetery, Germany, on 8 April 1947.

For gallantry, devotion to duty and conspicuous bravery in the field. Near Cabourg on 18th August 1944, the Reconnaissance Platoon while leading the Battalion, came under heavy fire from Machine Guns, mortars and rifles. It suffered casualties and with minefields on both its flanks was in a very difficult position. The Reconnaissance Platoon Commander called for assistance and CSM McCutcheon went forward with stretcher-bearers. Two hours ensued during which time the stretcher-bearers slowly dragged the wounded into what cover there was, immediate covering fire being provided together with 2″ and 3″ mortar smoke from “C” Company. The whole operation was organised by Captain Martin, the Reconnaissance Platoon Commander, who was frequently absent organising further smoke and covering fire. During these absences CSM McCutcheon took over command and assisted in the carriage of stretchers. He also repulsed an attack, on the Platoon flank, by a German patrol. Throughout the operation he showed a complete disregard for his own personal safety, his coolness and tenacity made a difficult operation possible, and he finally came out himself carrying a stretcher with the Platoon Commander, crossing a minefield in the process. Over the whole period his bravery, as always with this Warrant Officer, was absolute, and he was an inspiration to all, officers and men alike.

If you are part of CSM McCutcheon’s family and would like to complete this biography, you can apply to the curator to do so. To do this you will need to become a member of ParaData and select the 'friend or family member' option on the registration form. 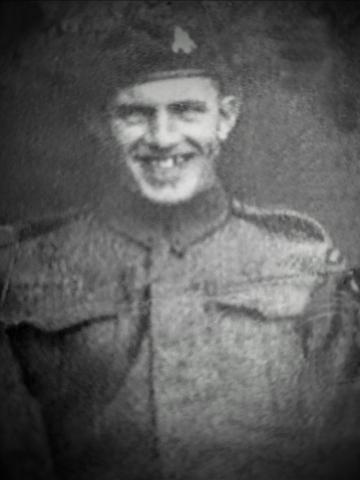