William Joseph Gilder was born in Thaxted, Essex. Records show he was a Bakers Roundsmen. He enlisted in to the army 28 June 1939, and served with The Royal Artillery before volunteering for the airborne forces.

After successfully completing his pre parachute training at Hardwick Hall he was sent to RAF Ringway for parachute jump training. William was on Course 106, which ran from 6 March to 16 March 1944. His instructor noted "Consistently good throughout, confident".

He then joined Mortar Platoon, HQ Coy, 2nd Parachute Battalion. He saw action in Arnhem in September 1944. William was captured at the Arnhem Bridge and imprisoned in Stalag XIIB. POW number 91369. He also later held in Stalag IXB.

He left the army 16 August 1945, and joined the Territorial Army with 53 (FD) holding Regiment RA.   His release book states his conduct was 'Exemplary'. His testimonial reads 'A hardworking, intelligent and efficient man. Who works well without supervision. Clean, and smart, honest and sober

He was good friends with Steve Morgan, please read his account here. 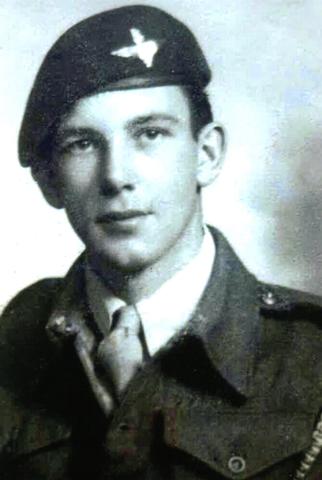