‘Bill’ was a member of the Romford Air Cadets at the age of 13 years at the Elm Park Detachment in 1938. He lied about his age when only 16 to be able to enlist into The Essex Regiment before volunteering for airborne forces in 1942.

Pte Bloys qualified as a military parachutist on course 35, which ran at RAF Ringway from 29 October to 7 November 1942.

He was posted to the 2nd Parachute Battalion as a reinforcement in North Africa during Operation Torch. He went on to serve in Sicily, Italy and at Arnhem, where he was taken as a Prisoner of War (PoW).

In 1945 Pte Bloys returned to the UK. He undertook parachute course R185 at RAF Ringway in November 1945, which was a refresher course for 9 other ranks, some of whom had been PoWs.

Note: Below is an account of his experiences in Arnhem.

Below is the write up by Gil Boyd of an interview with Bill. Bill Bloys' Memories of Operation Market Garden in his own words: 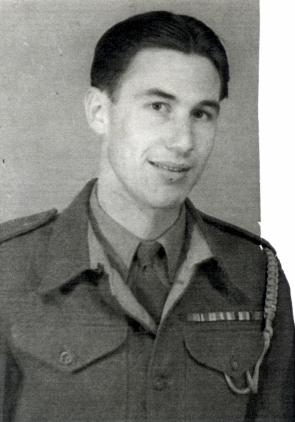