William Henderson Skinner was born in Dalmuir, Old Kilpatrick in 1920 to Alexander and Margaret Skinner. Having attended Hyndland Secondary School in Glasgow and achieving his Higher Leaving Certificate in March 1937, he completed his entry exam to study English at the University of Glasgow. However, instead of University, he served an apprenticeship with LMS Railway Company as a Civil Engineer based at St Enoch Station, Glasgow, as well as attending evening classes at the Royal Technical College (Glasgow). In his spare time he enjoyed studying wireless communications.

‘Willie’ enlisted into the Territorial Army on 19 June 1941 at Ripon as a Sapper in the Royal Engineers. On the same day, he passed his test as a Pioneer (Surveyor Engineering) Class 3 at No 3 TBRE (Training Battalion Royal Engineers). He was promoted to Acting Unpaid Lance Corporal at Newark on 3 March 1942. After 21 days it was decided he should be granted pay for his new rank. and he was later attached to No 2 TBRE in June.

He was posted to 142 OCTU (Officer Cadet Training Unit) on 27 July 1942, and granted an emergency commission in January 1943. 'Willie' joined No 2 Parachute Sqn RE,  in the same month and completed his parachute course shortly after. From the April to September 1943 he served as part of the BNAF (British North Africa Force), when he was promoted to War Substantive Lieutenant.

On 11 September 1943 he became part of the CMF (Central Mediterranean Force), and was  posted to 261 Field Park Coy at the end of November.  261 Field Park Coy had a high proportion of personnel from the West Country.  As a child, following his father's death, 'Willie' had lived for a short time with family in Chepstow and knew the area well from his holidays there.

Whilst the main body of the 261 Field Park Company proceeded to France on 14 August 1944, a detachment was kept back in England for further airborne operations under the command of Lt Skinner, Sgt Flower and LSgt Potter. During this time they were attached to 9 Fd Coy RE.

On Monday 18 September 1944 he was flown in a Horsa glider (Chalk No 968, piloted by glider pilots of D-Squadron) from RAF Keevil, with 5 men, a jeep and trailer with stores to LZ X on the south western outskirts of Wolfheze in Holland. His task was to link up with the 4th Parachute Squadron Royal Engineers and proceed to their allotted defensive sector on the north western outskirts of the town of Arnhem.

'Willie' was captured on 20 September 1944, north of the railway crossing at Wolfheze. Rounded up with other prisoners from the 4th Parachute Brigade he was shot, along with other POWs, on the Dreyenseweg, north of Oosterbeek, and killed.

Compiled by Rebecca Skinner with the assistance of Bob Hilton

Officers and Men of the Company/Squadron who have been killed in action. Operation ‘Freshman’ which took place on 19 November 1942

‘An unpleasant incident.’ ‘I wonder if there is any record of the following incident, I would be interested to know if there are any members who were involved. 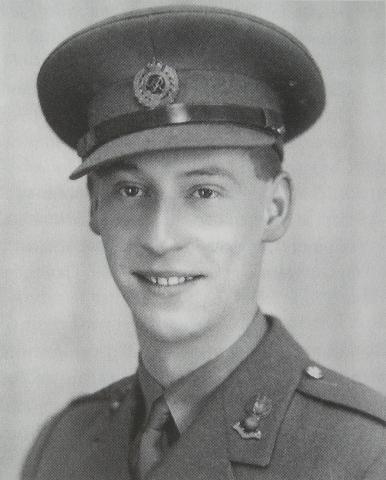