William ‘Billy’ Hunter Murray came from Sanquahar, Dumfrieshire, and was one of a family of eleven.

He enlisted into The Parachute Regiment around 1962 and was posted to C Company, 2 PARA, after completing his training at the Depot and RAF Abingdon.

Billy Murray subsequently took part in the deployment to Borneo in 1965, and was returning to Nanga Gaat on 12 April, having taken part in border security operations. He was travelling with three other members of C Coy (Lt Chris Johnson, Sgt Pat McNeilly, and Pte Bob Green) and a combat medic (L/Cpl William Jack) on attachment from 23 Parachute Field Ambulance.

The men flew as passengers in two Royal Navy helicopters, which were engaged in series of lifts of troops and stores in the area. The two helicopters, each piloted by a naval officer with one naval crewman took off from Long Jawi just before 18.00 hours, with two of the passengers travelling in one aircraft and the other three in the second.

The flight was without incident until about 18.30 hrs, some five minutes before they were due to land at Nanga Gaat. The aircraft had closed up and were flying in formation down the River Baleh at a height of about 200 feet when the rotor blades touched. The two aircraft immediately separated after the initial impact but the tail of one of them had been damaged and it spun out of control and again hit the other aircraft.

The accident was witnessed by a number of people at Nanga Gaat, and they immediately went by boat to the scene. Although they were able to rescue the petty officer there was no trace of any of the other occupants of the two aircraft. Diving teams were sent but were unable to dive owing to the swift flow of the river, which was swollen with heavy rain, and no further survivors were found. Sgt Pat McNeilly’s and Pte Bob Green’s bodies were subsequently recovered.

Compiled by Harvey Grenville with the kind assistance of Carrick Watson 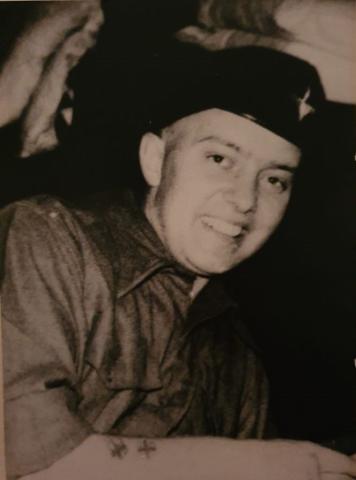